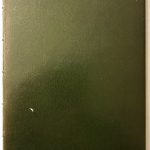 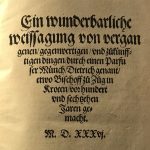 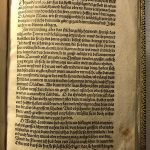 Brother Dietrich von Zengg, also known as Theodoricus Croata, is believed to be a Franciscan monk, who wrote this religious prognostication in the 1460s. First printed in 1503, the aim of this prophecy was that of renewing the Church and the Empire. Predicting frightful wind, much suffering and death, von Zengg depicts the clergy as greedy beasts and he foresees the papacy’s eventual disgrace:

“the Roman priest will fall from the Roman seat on account of the sins of simony and lechery… and the clergy will gnaw and scratch no more.”

This prophecy enjoyed an active reception until the 1620s. The prophecy made the leap from manuscript to print at least twice, while some later manuscripts are derived from print sources. The printed versions gave the prophecy its lasting identity as the work of one ‘Dietrich von Zengg’, allegedly a cleric from Senj (Croatia). However, a shared authorial attribution is not found in fifteenth-century manuscripts. The prophecy was attributed in some editions to an anonymous Carmelite monk of Prague, and ‘Dietrich von Zengg’ evolved from being a monk to be a bishop in several editions and was replaced altogether by “Jeremias von Paris” in another.

Only one recorded copy in the UK at the Edinburgh University Library.