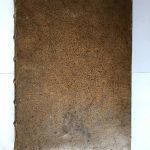 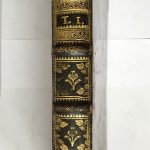 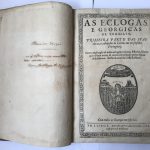 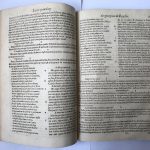 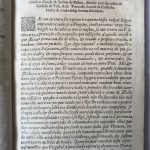 This is the rare first edition of the Portuguese translation of Vergil’s Georgics and Bucolics. The great Latin poet Vergil (70 BC-19 AD) was born in the village of Andes, near the city of Mantua. He received his first education in Cremona, later moving to Milan and completing his studies of rhetoric in Rome, where he also learned philosophy. Between 42 and 39, he composed the Bucolics. Later he wrote the Georgics and then the Aeneid, his masterpiece.

Leonel da Costa (1570-1647) was a soldier and a poet who first translated the works of Vergil and Terence into Portuguese. He was regarded by his contemporaries as one of the major experts of the Portuguese language. Already very influential in its manuscript form, Da Costa’s translation of the Eneid was only partially rediscovered in the nineteenth century.