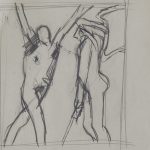 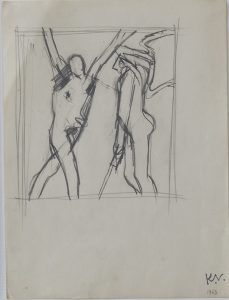 John Keith-Vaughan (1912 1977) was a British painter. A pre-eminent Neo-Romantic in his early career, Keith-Vaughan later developed a personal style that led him to be one of the most successful painters of his generation.

Beside his main activity as a painter, he is also remembered for his intimate diaries, where he explored his deepest feelings with a touching sincerity. His achievements both as an artist and as a diarist made him one of the most interesting British intellectual of the second half of the twentieth century.

For Keith Vaughn’s own copy of the ‘Kon-tiki Expedition’ by Thor Heyerdahl, see here.