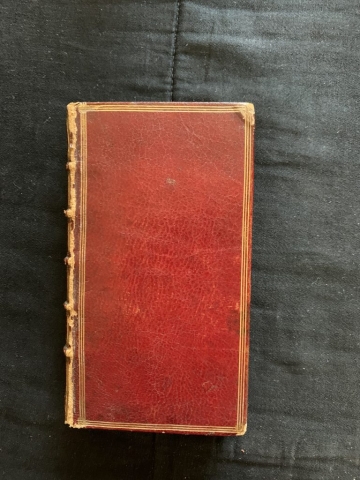 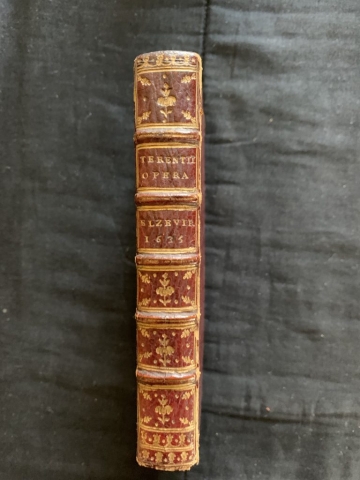 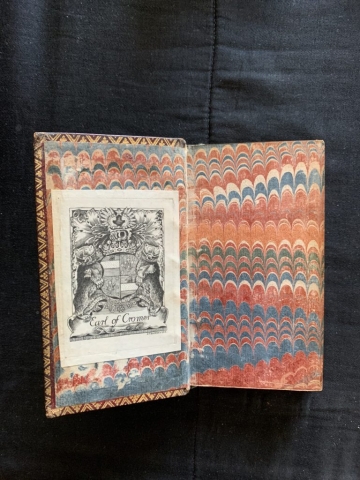 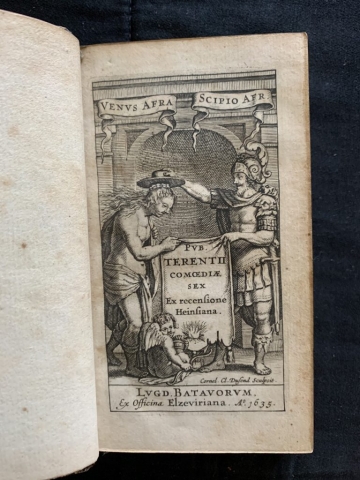 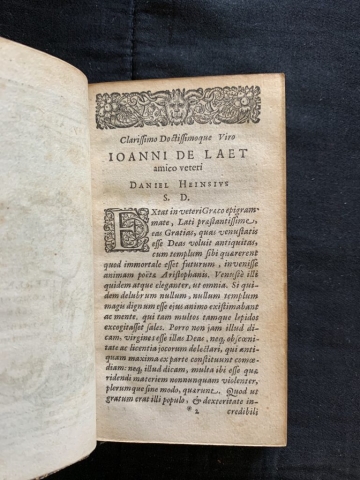 Terence (c. 195/185 – c. 159? BC), one of the most highly regarded Roman comic dramatists, who is the author of six verse comedies that are regarded as models of pure Latin.

This book contains a brief life of the author, followed by Terence’s plays (Andria, Eunuchus, Heauton Timorumenos, Adelphoe, Phormio and Hecyra) in the edition of the famous Dutch scholar Daniel Heinsius (1580-1655). Hensius was Professor of Poetics at the University of Leiden since 1603 and also belonged to the circle of Joseph Justus Scaliger, and after his death in 1609 replaced him as chair of Greek. Hensius’s Terentius edition was first published Amsterdam 1618.

The engraved title-page is the work of the artist Cornelis Claesz Duysend (fl. 1630-1640) , and it depicts Scipio Africanus putting the pilleus (a felt hat which was given to a slave at his liberation as a symbol of their newly acquired freedom) on the head of a half-naked woman called ‘Venus Afra’. Cupid is sitting at the feet of Scipio and Venus and is holding his bow and quiver.