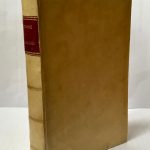 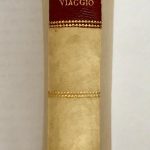 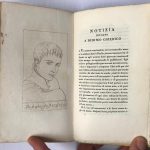 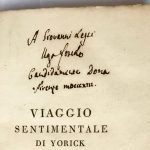 Ugo Foscolo, pen name of Niccolò Foscolo, (1778 — 1827) was a poet and a novelist, whose poems articulated the feelings of many Italians during the turbulent times of the French Revolution, the Napoleonic Wars, and the restoration of Austrian rule. Foscolo’s poems rank among the masterpieces of Italian literature. Born of a Greek mother and a Venetian father, Foscolo was educated at Spalato (now Split in Croatia) and Padua and moved with his family to Venice in about 1793. There, he was introduced to the most important literary circles of the city. In 1797, the performance of his tragedy Tieste made him famous to a national level. Foscolo’s early enthusiasm for Napoleon, proclaimed in his ode ‘A Bonaparte liberatore’ (1797), quickly turned to disillusionment when Napoleon ceded Venice to Austria in the Treaty of Campo Formio (1797).

Foscolo’s very popular novel ‘Ultime lettere di Jacopo Ortis’ (1802) contains a bitter denunciation of that agreement and shows the author’s despise of Italy’s social and political situation. Some critics consider this ‘romanzo epistolare’ as the first modern Italian novel. When the Austrians and Russians invaded Italy in 1799, Foscolo joined the French side. Made a captain in the Italian division of the French army after the defense of Genoa in 1800, he had commissions in Milan, Bologna, and Florence, where he found time to get involved in many love affairs. Finally, Foscolo was sent to serve in France (1804–06). During that period he translated some classical works and Sterne’s ‘Sentimental Journey’, into Italian whilst writing odes and sonnets.

The dedicatee of the present copy was Foscolo’s friend Giovanni Lessi (1743–1817), a man of letters and a professor, who contributed to promoting Foscolo’s version of the Iliad. In 1807, Foscolo returned to Milan and established his literary reputation with ‘Dei Sepolcri’, a polemic and patriotic poem against Napoleon’s decree of forbidding tomb inscriptions. In 1808, the poem won the chair of Italian at the University of Pavia for its author. When the chair was abolished, Foscolo moved back to Milan. Satirical references to Napoleon in his tragedy ‘Aiace’ (first performed 1811) again contributed to lifting suspicion on him from the authority. In 1812, he moved to Florence, where he wrote ‘Ricciarda’ and most of his highly acclaimed, unfinished, poem ‘Le Grazie’ (published in fragments 1803 and 1818; in full in1822).

In 1813, Foscolo returned to Milan. Napoleon fell the following year, the Austrians returned to Italy, and Foscolo, refusing to take the oath of allegiance, fled to Switzerland and then to England in 1816. In London, Foscolo supported himself by teaching and writing commentaries on Dante, Boccaccio, and Petrarch for The Edinburgh Review and The Quarterly Review. He died in poverty. In 1871, with great national ceremony, his remains were moved from England and interred in the church of Santa Croce, in Florence.