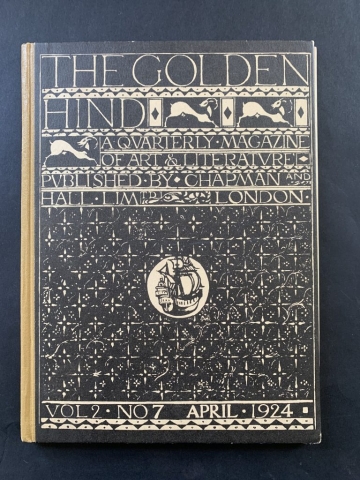 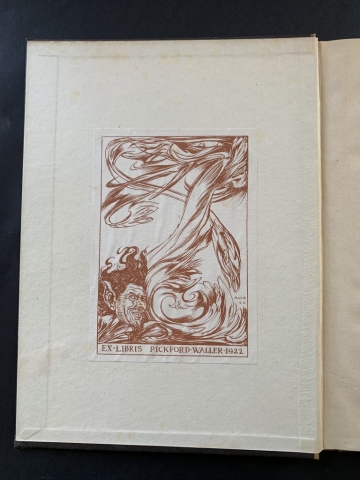 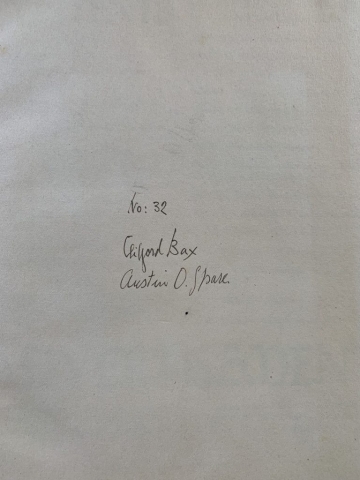 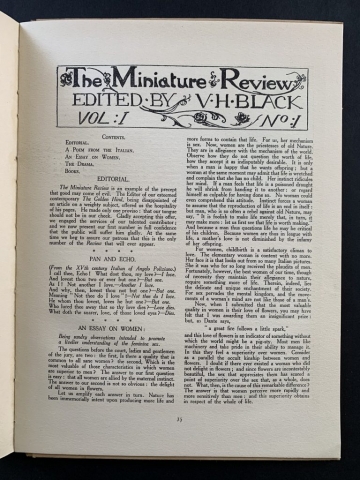 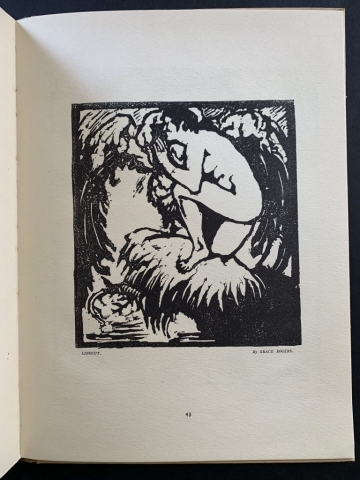 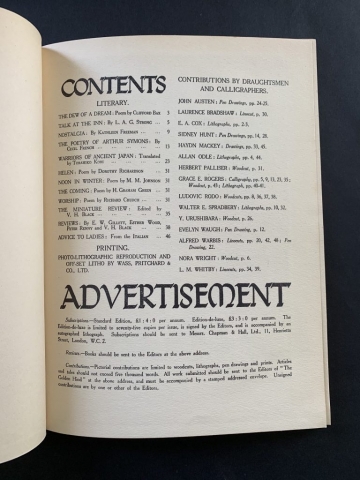 London: Published by Chapman and Hall, 1924

The magazine of art and literature The Golden Hind was edited by the writer and poet Clifford Bax and by the artist and occultist Austin Osman Spare. The Golden Hind appeared from October 1922 to July 1924.  As well as Bax and Spare, numerous other writers, poets and artists contributed to the magazine, including John Nash. Jack B. Yeats, Edith Sitwell, Evelyn Waugh and John Austen.

Austin Osman Spare (1886-1956) was a great artist, influenced by symbolism and art nouveau his art which was known for its clear use of line, and its depiction of monstrous and sexual imagery. He was a student of the occultist Aleister Crowley and a  friend and mentor to the Thelemite author and ceremonial magician Kenneth Grant. One of Spare’s patrons was the wealthy property developer Pickford Waller, whose ex-libris is in this copy of the Golden Hind.

Clifford Bax (1886-1962) was a prolific writer, playwright, poet and translator. He also worked with his brother, the composer Arnold Bax, who set some of his words to music. His circle of friends included Aleister Crowley, the composer Gustav Holst (whom he introduced to astrology), the critic James Agate, the artist Frieda Harris and the writer John Symonds.