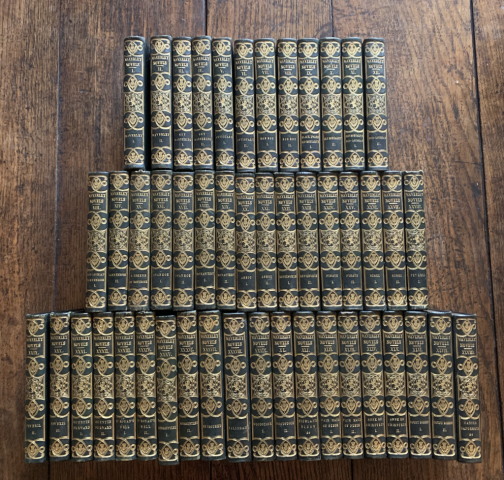 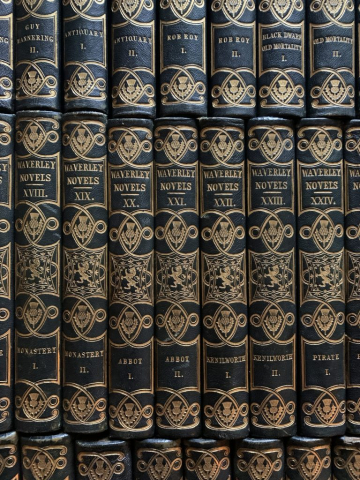 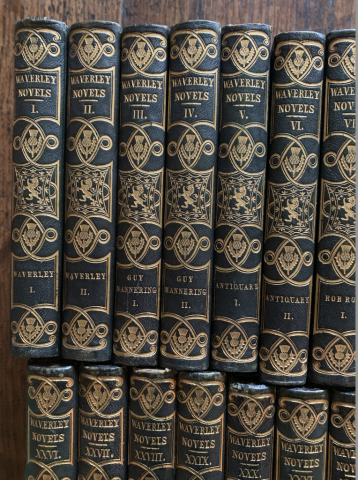 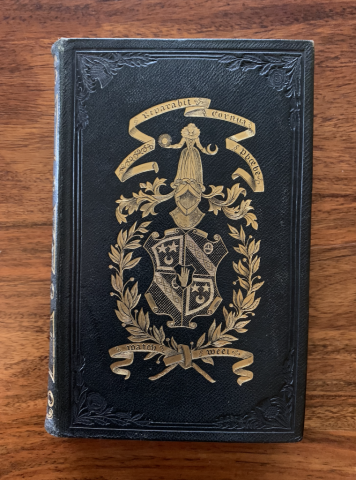 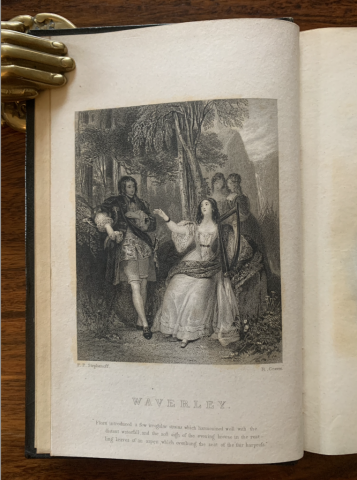 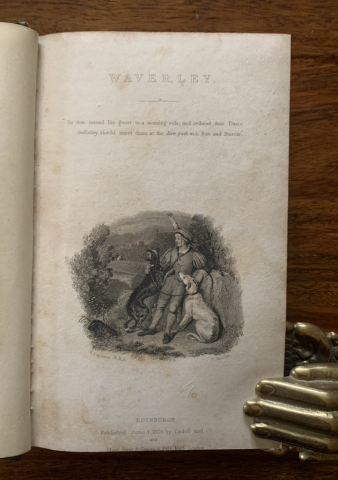 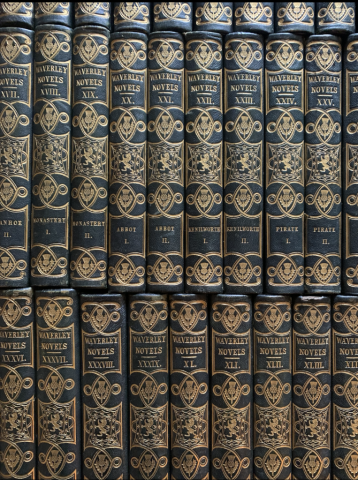 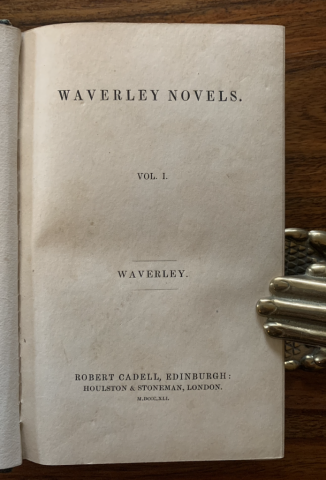 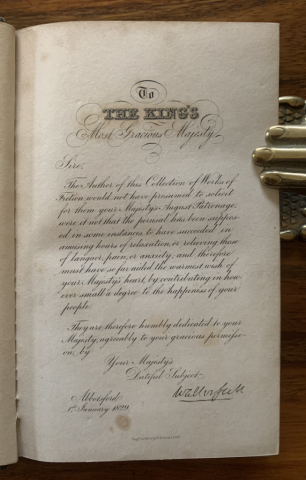 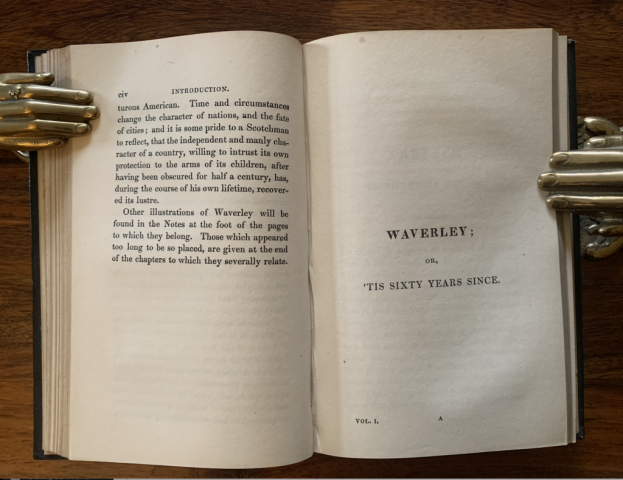 8vo; 48 vols (complete). All volumes with additional engraved pictorial titles and frontispieces. Internally clean pages; minor occasional foxing and some tanning due to age. Bound in original black morocco; gilt decoration and lettering; large armorial arms on boards (both relating to Scott, with motto “Reparabit cornua Phoebe” (the moon shall fill her horns again), “Watch weel”); spines tooled with decorations including the Scottish thistle and Lion Rampant; a.e.g. Minute shelf-wear to headcaps of spine of four vols. A bright set, in excellent condition.

The Waverley Novels is a series of more than two dozen historical novels published by the Scottish author, poet and historian Sir Walter Scott (1771 – 1832) between 1814 and 1832. Notwithstanding the popularity of the novels at the time of publication Scott only publicly revealed his authorship in 1827. Some of the notable works included in the series include Waverley (1814), Guy Mannering (1815), Rob Roy (1817), The Heart of Midlothian (1818), Ivanhoe (1819), Kenilworth (1821), Quentin Durward (1823), and Redgauntlet (1824). Some of the novels were originally published in a four-part series titled Tales of My Landlord.

All the stories were published together in this 48-volume series called Waverley Novels (1829–33), containing Scott’s prefaces and final revisions but completed after his death. The series influenced generations of writers and earned Scott his reputation as the founder of the historical novel genre.

This complete 48 volume set is beautifully bound in a black morocco armorial binding with an extensive and exquisite gilt decoration. The two mottos related to Scott – “Reparabit cornua Phoebe” and “Watch weel” – appear on scrolls that surround the coat of arms of Scott, the crest of which is made up by a woman in Elizabethan costume holding in her hands a sun in splendor and a crescent moon.