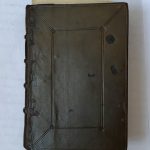 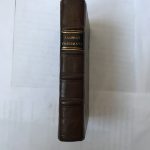 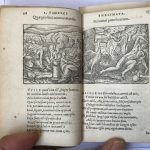 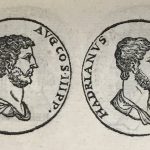 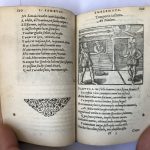 This is the third edition of this famous collection of moral and political emblems, first published in 1564, by the Hungarian humanist János Zsámboky (1531-1584). He was advisor and historian to the Emperors Maximilian II and Rudolph II. This work of the Latinist poet, a nostalgic of Antiquity, expresses his poetic and artistic talent at the best. After the publication of his work in 1564, he immediately became renown as a master in this genre. At page 121, one can see one of the earliest representation of the “Jeu de paume”, which is today considered the forerunner of tennis.