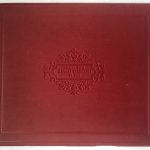 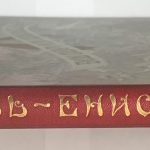 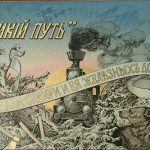 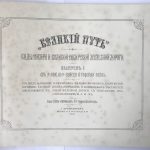 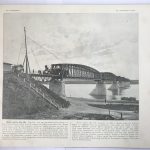 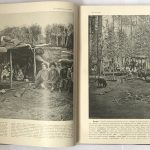 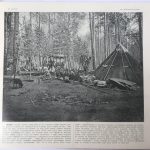 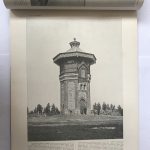 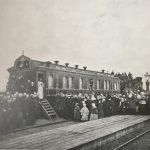 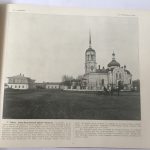 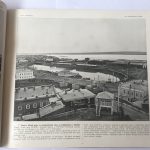 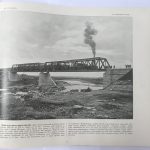 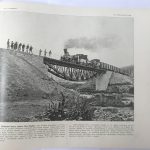 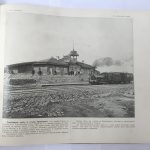 Photo album (30x36cm), pp. (iv), 124 [= ill.]. Cyrillic type. Translation of subtitle: “Issue No. 1: From the river Ob to the river Yenisei and Tomsk branch. 124 views of the most important railroads, buildings, cities, villages, views of foreigners and scenic areas adjacent to the line. etc., with a description of them, compiled by V. A.; photos by Tomashkevich”. In a crimson buckram binding, beautifully illustrated on front cover in colours, with gilt title. Embossed gilt lettering to spine. Double blind panels and central tooling on rear cover. Only some very light spotting on initial three leaves. A perfect copy.

125 years ago, in 1891, works for the Trans-Siberian Railway began. Today, this legendary train line is still considered one of the greatest infrastructure projects in the history of mankind. A railway across Eurasia not only made the East closer but also contributed to the foundation of many cities, without which it is impossible to imagine Russia. It only took about 25 years to complete the railway.

Created in Krasnoyarsk by I. R. Tomashkevich and M. B. Axelrode, this photo album was meant to proudly advertise and promote this difficult engineering enterprise. This reportage fostered the new policies of the ruling class aiming to unify Russia culturally, as pointed out by the scholar Mikhaylova Natalia in “Confectionery trade cards from the series ‘The views of Siberia and the Siberian railway’ as part of mass visual culture of the late 19 early 20 century Russia” in ART&CULT, No. 18, 2-2015:

“This method of memorialization of a large state-sponsored construction project had foreign analogues: in the late 1860s an album “Great West Illustrated” devoted to the construction of the Pacific railroad was published in the United States. However, the significance of the Tomashkevich-Axelrode album for its time was far more profound than just publishing the documents on Trans-Siberian Railway. It played an important role in promoting this ambitious construction project, both in Russia and abroad. The album was presented at the Exposition Universelle of 1900 in Paris and, along with the famous panoramas of P. Piasecky, was meant to shape a visual image of a new large-scale Russian undertaking in European audience. […] A world’s fair in Paris was widely covered in the press of the period, and the Russian public was well informed about the exhibits presented in the Russian pavilion that were dedicated to the construction of the Trans-Siberian Railway. It is likely that the album by Tomashkevich-Axelrode had a high cultural status“.