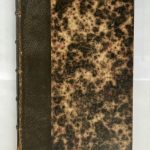 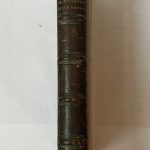 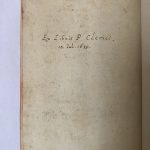 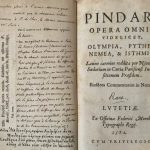 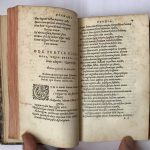 This beautiful edition of Pindar’s Odes was translated into Latin by Nicolas Le Sueur (Nicolaus Sodorius), who presided over the Inquisition of Paris, as one can gather from the title-page. According to the C19th politician and writer Abel-François Villemain, Le Sueur was a magistrate within the Parliament of Paris, whose Latin translation of Pindar shows great eloquence and linguistic skills. Le Sueur dedicated the parts composing this work to different leading characters of his time: King Henry III, the President of the Parliament Christophe de Thou and the politician Philippe Hurault de Cheverny.