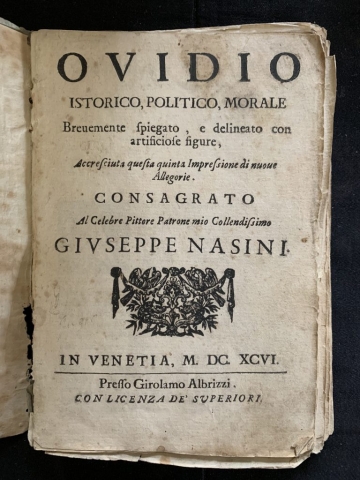 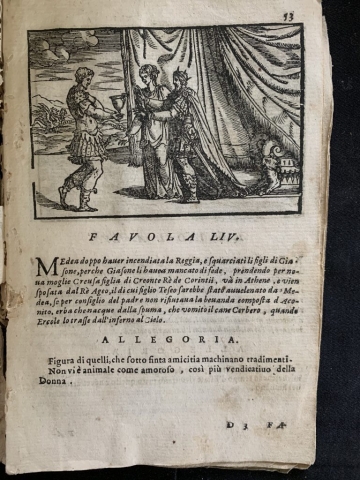 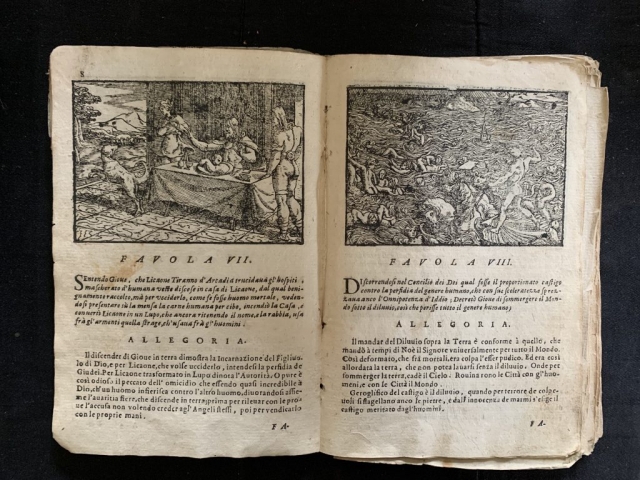 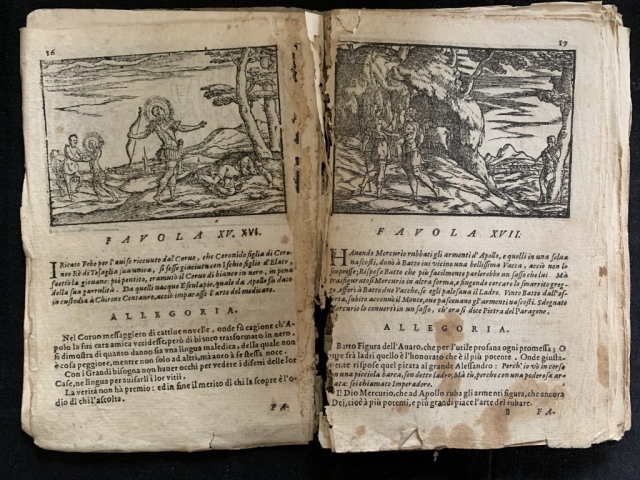 8vo. A2-E8, 79 pp. [2]. Title page, presentation letter, 73 fables with woodcuts. Roman and Italic type. Foxing, staining and browning throughout; wormholes in inner margins throughout affecting text to some extent; some pages are loose; dogears and corners torn throughout. Paper binding with manuscript text on spine; contained in a portfolio case in a buckram slipcase. Overall rather worn but still in average condition.

The 73 woodcuts that decorate the text are the same as the ones used in Gabriele Giolito de’ Ferrari’s edition of Le Trasformationi by Lodovico Dolce (first edition, Venice 1553). Each Fable is accompanied by a woodcut and allegorical explanation, with the exception of Fables 2 – 5, 15-16, 32-33 which are discussed together and decorated by only one woodcut. Fable 39 is not accompanied by an illustration. The text of each Fable is in Italic type, while the text of the Allegoria is in Roman type. The illustrations and the layout are typical of the mid 16th century books, even though the book was published at the end of the 17th century.