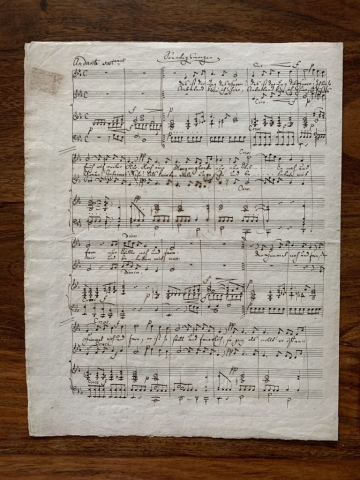 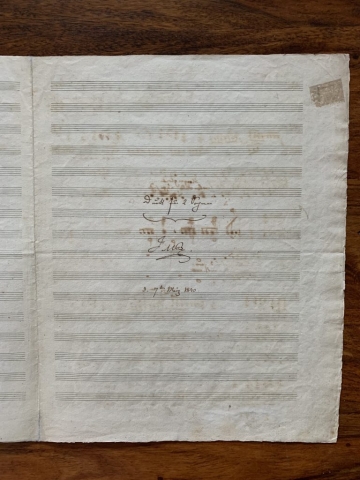 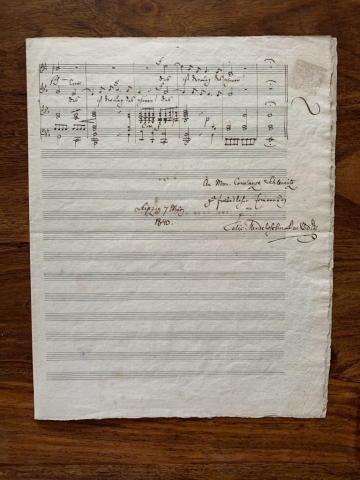 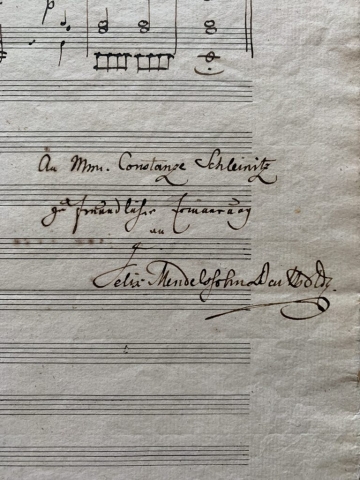 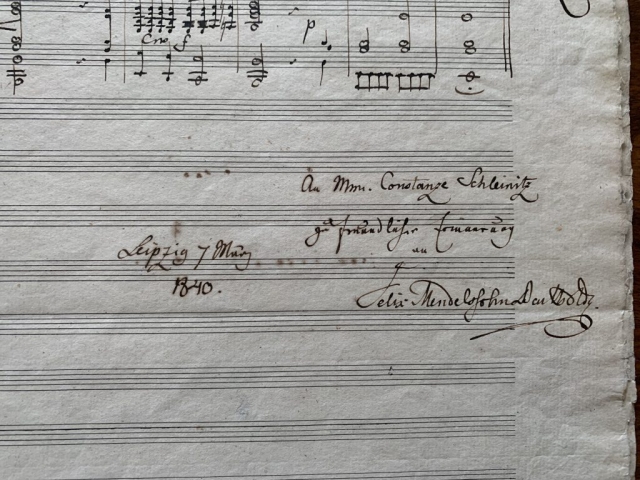 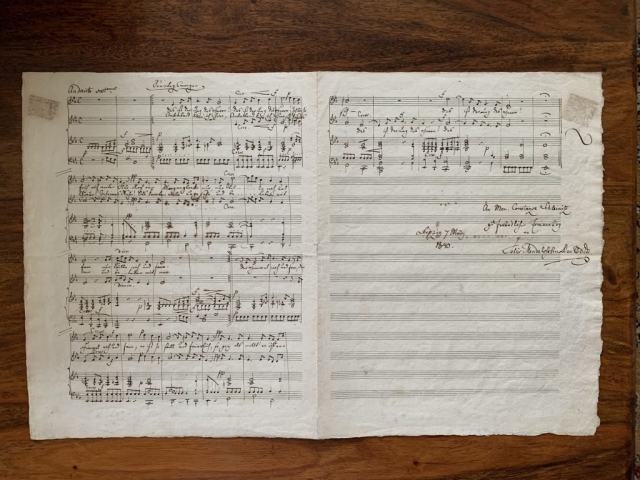 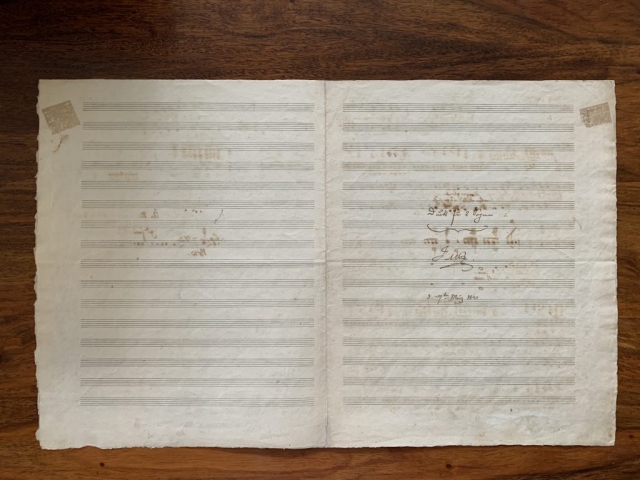 From the collection of the late Dr Elkan Lewis. A manuscript for the song ‘Sonntagsmorgen’, presented by Mendelssohn to the wife of a great friend and colleague of his at the Leipzig Gewandhaus. A duet for two soprano voices originally composed in December 1836, this is a setting of Ludwig Uhland’s poem ‘Schäfers Sonntagslied’ from the Gedichte of 1815; opening ‘Das ist der Tag des Herrn!’, the shepherd wonders at God’s glory as the sun rises on Sunday, the day of the Lord. The song was published posthumously by Kistner as the first of Drei zweistimmige Lieder Op.77 (1848/9).

Mendelssohn presented this manuscript to Constanze (1807-1852), wife of the lawyer Heinrich Conrad Schleinitz (1805-1881), one of his great friends and a member of the board of the Leipzig Gewandhaus. Mendelssohn’s association with the Gewandhaus dated to 1835, after he turned down the offer to direct the Munich Opera and chose instead to move to Leipzig, to lead what would become one of the most prestigious European orchestras, presiding over the brilliant concert life of the city.