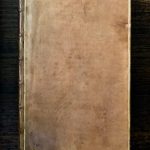 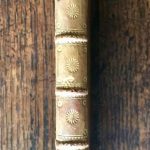 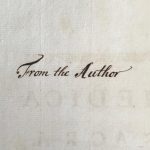 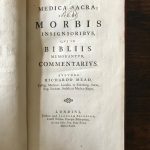 Richard Mead (1673-1754) was an English physician. His work, “A Short Discourse concerning Pestilential Contagion, and the Method to be used to prevent it” (1720), was of historic importance in the understanding of contagious epidemics. He was admitted to the Royal Society, to whose ‘Transactions’ he contributed through writing about the parasitic nature of scabies. Mead soon became the recognised head of his profession. He attended Queen Anne on her deathbed and was later appointed physician to George II,  having previously served him when the latter was Prince of Wales.

In this work, Mead argued that pagan ideas regarding demons had entered Christianity. In fact, he thought that demons in the New Testament corresponded to illnesses of different kinds:

“That the Daemoniacs, daimonizomenoi, mentioned in the gospels, laboured under a disease really natural, though of an obstinate and difficult kind, appears to me very probable from the accounts given of them.”

Contemporaries such as Isaac Newton, Joseph Mede, and Arthur Ashley Sykes shared Mead’s opinion on the subject. The book was translated from Latin into English by Thomas Stack in 1755.