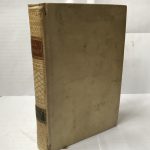 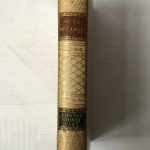 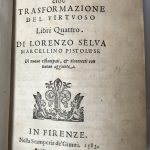 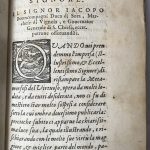 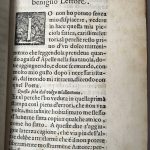 Evangelista Marcellino (1530-1593) was a Franciscan monk and writer. He was born in San Marcello Pistoiese as Lorenzo Gerbi. In his early works, he further used the pseudonym of Lorenzo Selva. This book contains a rare novel, of which only five copies are recorded in Italian public libraries. According to Passano (I, 364): “this book, which was originally published under the pseudonym of Lorenzo Selva is a remarkable novel on the style of Fiorenzuola.“