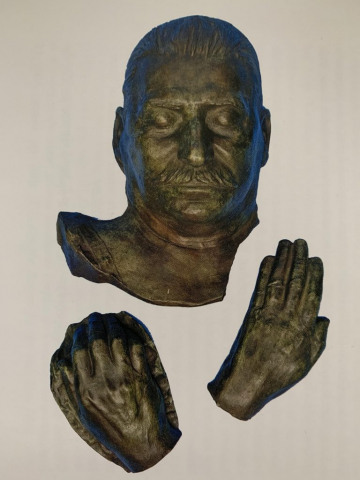 A very rare artefact, probably intended for an important Soviet recipient. There are very few examples of this relic in existence, especially those made from the original plaster cast by Sergei Manizev as in this case. The only other known bronze of Stalin’s face and hands at the time of his death is found in the Stalin Museum in Gori, Georgia, Stalin’s birthplace. These bronzes are most likely copies of a set of original plaster casts, today in the KGB Museum in Moscow, and believed to be the only ones in existence.