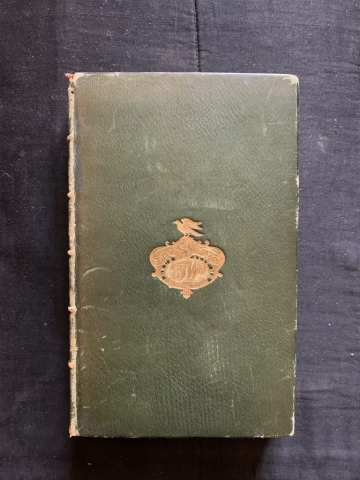 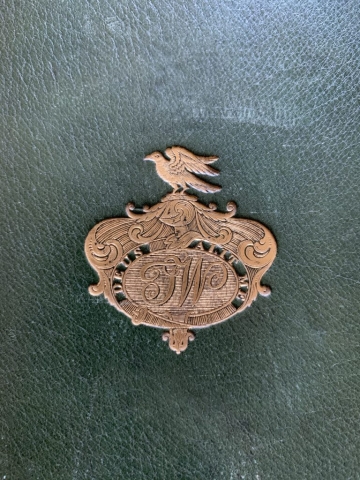 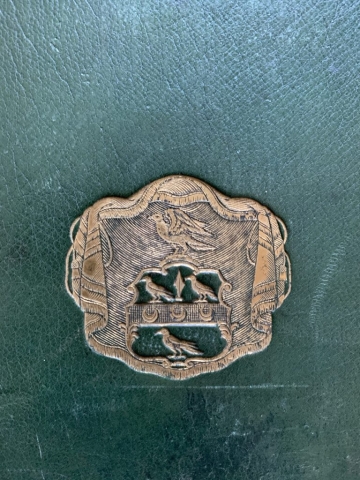 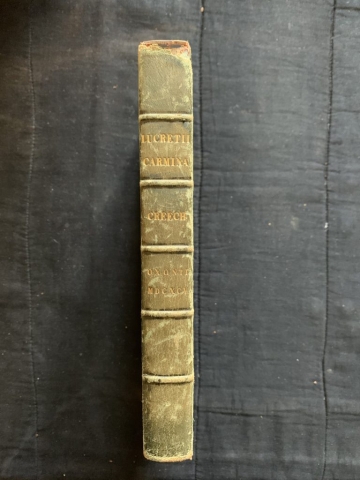 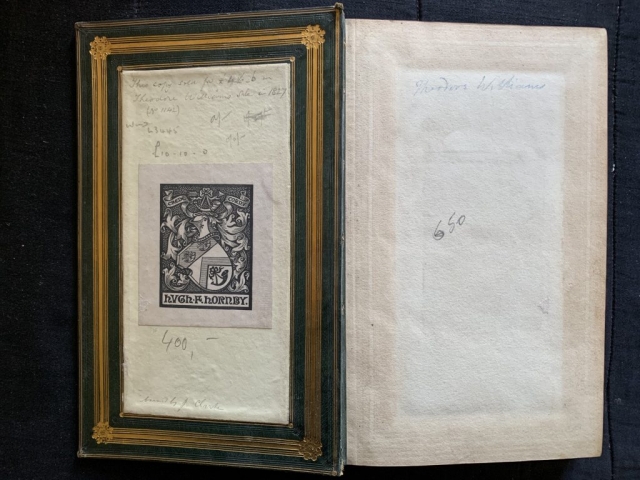 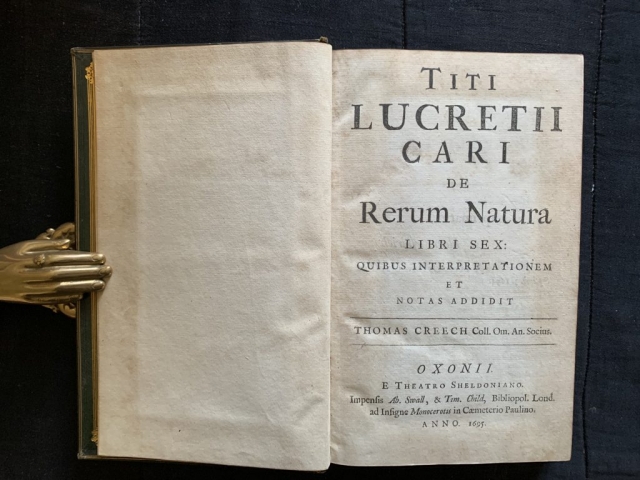 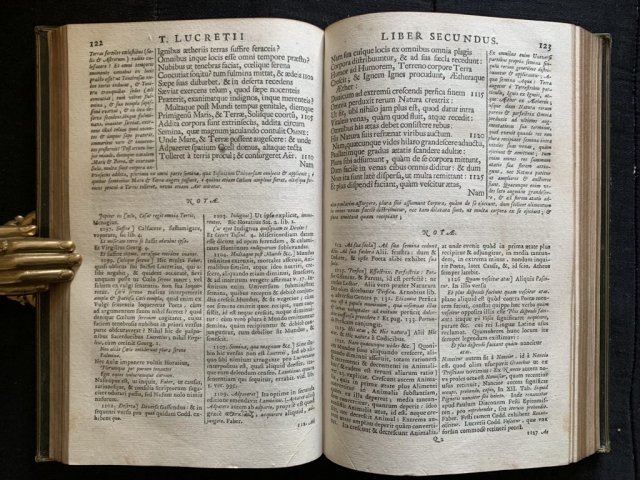 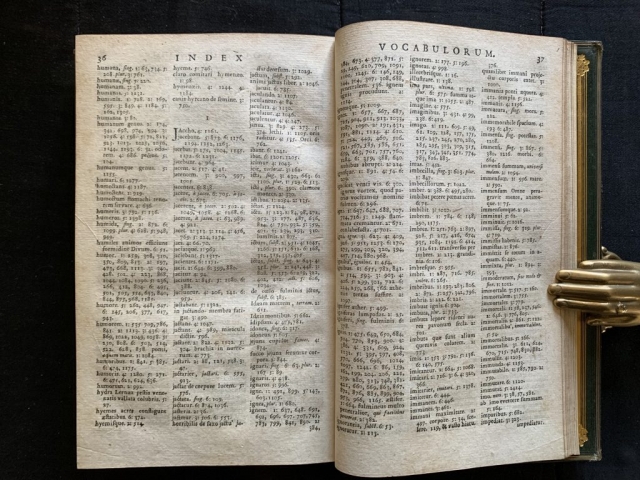 This book contains Lucretius’ De Rerum Natura with the commentary by Thomas Creech (1659 –1706), an English translator of classical works, and headmaster of Sherborne School. Creech translated Lucretius into verse in 1682, for which he received a Fellowship at Oxford. He also translated into English the works of Manilius, Horace and Theocritus amongst others.

As testified by the binding, the book was owned by Rev. Theodore Williams (1785 -1875), Vicar of Hendon from 1812 to 1876. In  his youth he collected a marvellous library, which he had sumptuously bound by binders such as Derôme, Roger Payne, Charles Lewis and John Clarke. His library was sold at auction in London by Stewart, Wheatley and Adlard 5 April 1827. On the gilt armorial binding stamp on the upper cover is depicted raven with wings elevated on an esquire helmet, the motto ‘Deus alit me’(God sustains me) and the monogram TW. On the lower cover we find the same raven with wings elevated above his armorial shield of a fess, 3 crescents, 3 birds and a spearhead.