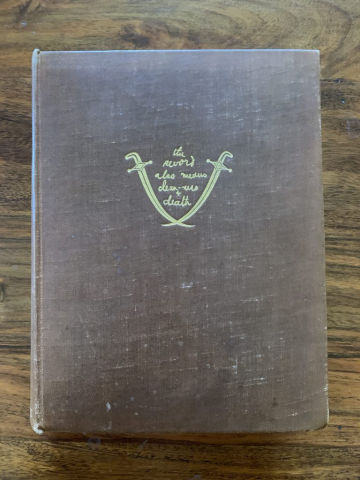 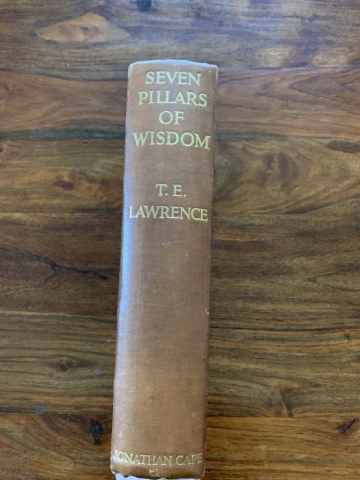 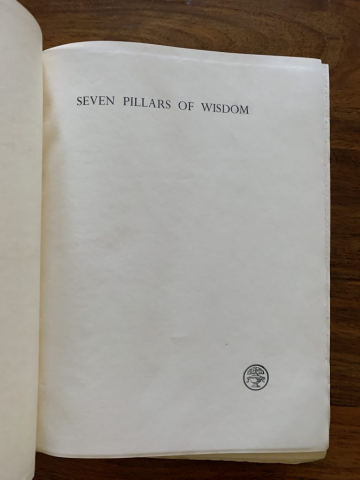 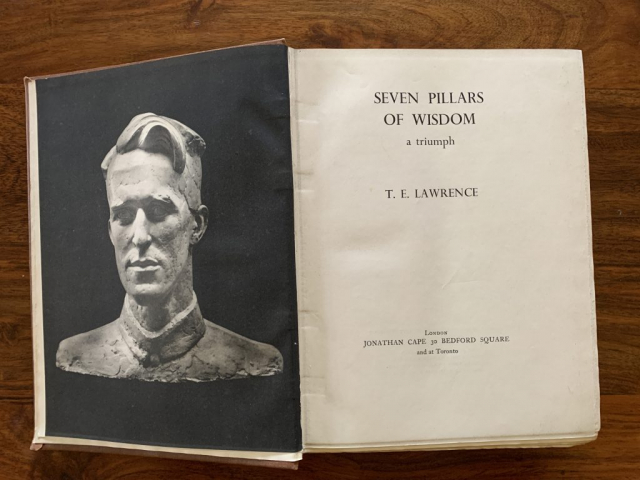 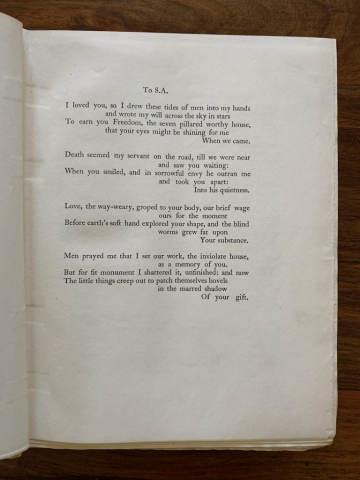 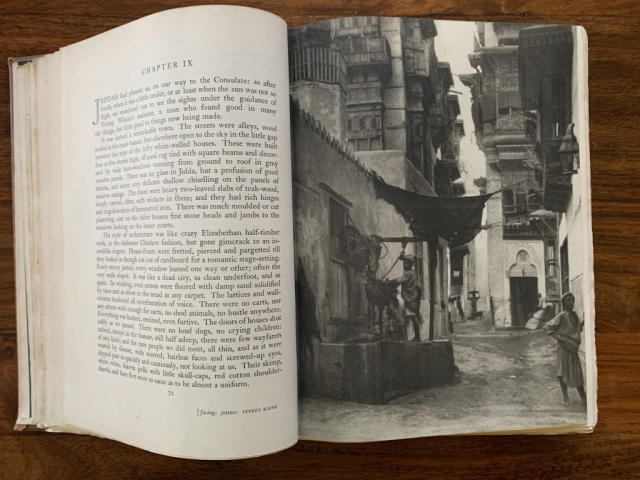 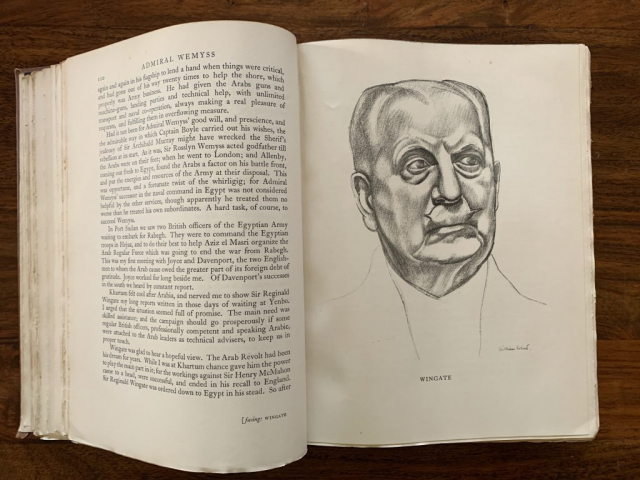 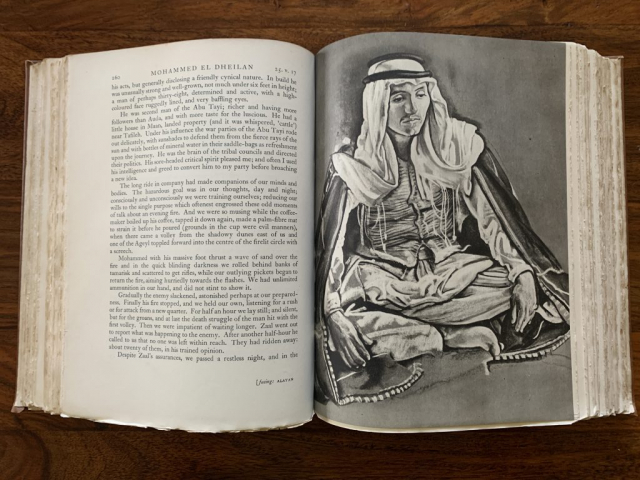 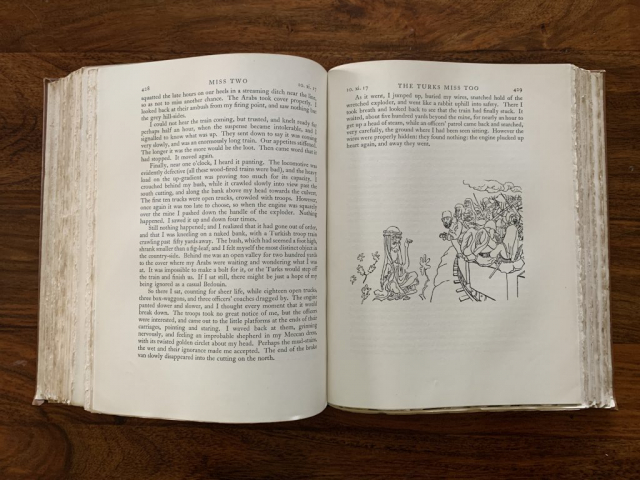 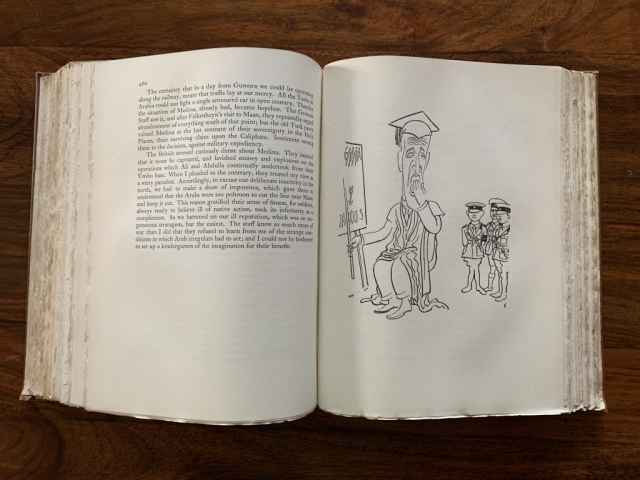 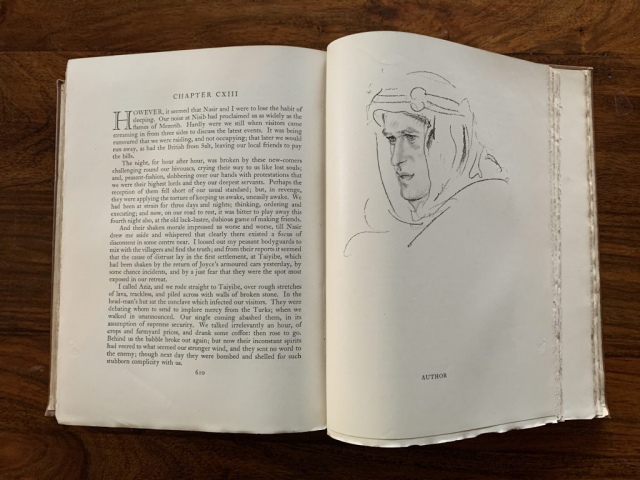 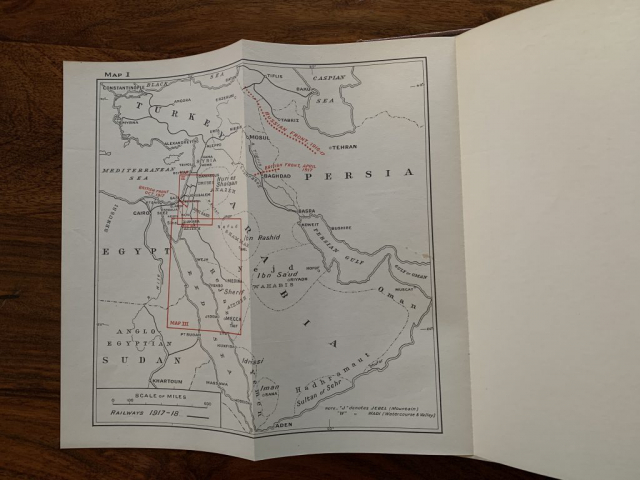 Famous autobiographical account by T.E. Lawrence, famously known as Lawrence of Arabia, of his legendary part in the Arab rebellion against the Ottoman Turks between 1916-18. Initially, Lawrence did not believe the text would be of interest to the public in general and at first only allowed limited publications for friends (in 1922) and subscribers (in 1926). This copy was published for general circulation in 1935. The Seven Pillars is lavishly illustrated with photographic plates and portraits from sketches, and folding maps. The illustrations were made by the best British artists of the day, including Wadsworth, Nash, Roberts, Blair Hughes-Stan…