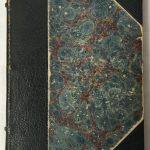 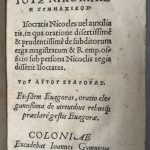 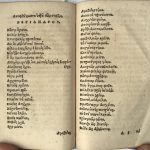 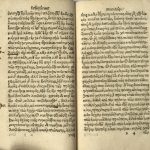 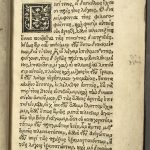 Isocrates (436-338 BCE): the Athenian orator and teacher, whose writings are an important source on the intellectual and political life of the Athens of his day. The school he founded markedly differed in its aims from the Academy of Plato and numbered some of the most influential politicians of his time among its pupils.

“In the ‘To Nicocles’, […] Isocrates addresses himself more specifically to the moral virtues necessary for the ideal ruler. Throughout, Isocrates advises that a successful ruler must be a moral ruler. In the third Cyprian oration, speaking through the voice of Nicocles himself, Isocrates gives the flip slide to the moral virtues necessary to the ideal by showing how the behaviour of the subjects in the ideal state ought to correspond in moral virtue to that of the leader.” Frances Pownall, ‘The Moral Education of the Elite’, in Cooper, (Ed.), The Politics of Orality (2007), p. 239.

This is the second edition by Gymnich of Isocrate’s orations, the first one including the oration ‘To Evagora’. Gymnich was one of the most prolific printers in Cologne and this work was concluded just one year before his death. This is a very rare edition with only a few exemplars available on the market.