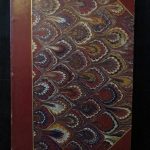 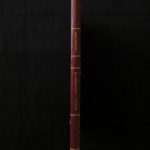 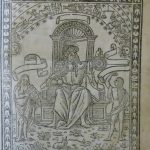 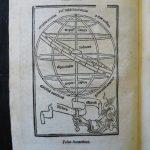 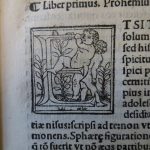 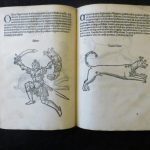 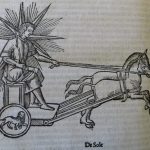 4to., 94 unnumbered leaves. Title-page with woodcut vignette of an eastern astronomer flanked by Astronomy and Urania. On the recto of t-p, another full-page illustration of the armillary sphere of the Zodiac, as described by the author. Historiated initials and 47 large illustrations of the signs of the Zodiac and other constellations. Clean throughout, with sporadic marginalia in an early hand. Printer’s device beneath colophon, owner’s stamp on recto. Bound in modern half red morocco.

Second Italian edition of Hyginus’ work on astrology. The charming woodcuts of zodiac signs and constellations were based on those in Sessa’s 1502 edition. The earliest illustrations of Hyginus’ ‘Poeticon’ were not intended to locate the stars in the sky, as they were lacking any reference grid. However, these were functional to recognise the attributes proper to each sign, which was further explained by the text.

BOSWELL, James. An Account of Corsica. The Journal of the Tour of that Island and Memoirs by Pascal Paoli. By…