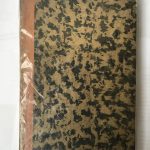 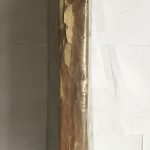 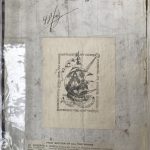 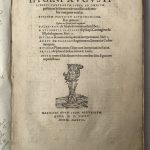 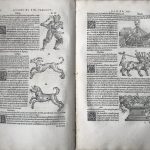 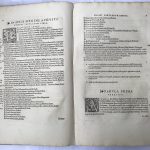 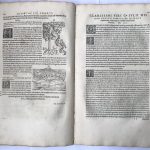 This is the first edition of this famous collection of late antique works on astronomy and mythography. This edition comes from Herwagen’s Basel press, which included a number of important texts about ancient myths in its catalogue.

Gaius Julius Hyginus was prefect of the Palatine Library between the first century BC and the first century AD. This Latin author is famous for this collection of some 300 fables about constellations and their mythological origins.

The Phaenomena of Aratos (fl. 275 A.D.) are of particular importance for their influence on Roman and Renaissance culture. Similarly, Fulgentius’s Mythologicon, a C6th work, had a great influence especially on the iconography of Renaissance art. At the end of the book is Proclus’s (410-85 A.D.) work on the sphere. The beautiful woodcut illustrations, in the manner of Weiditz, represent the Planets and the Zodiac.