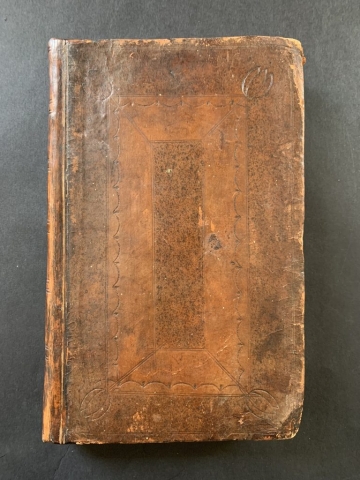 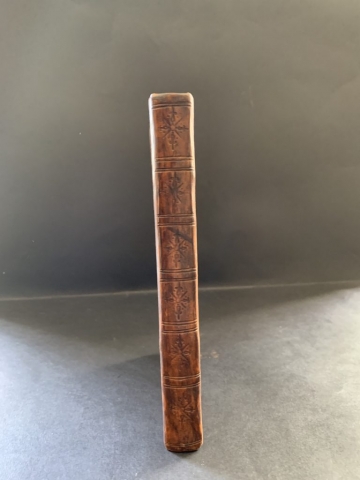 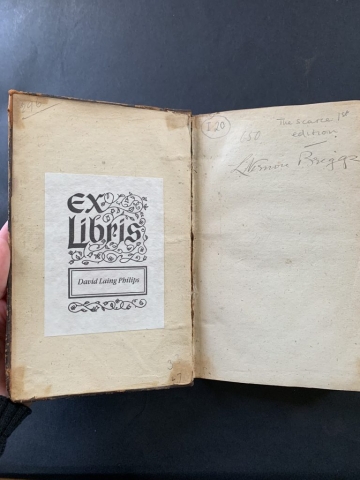 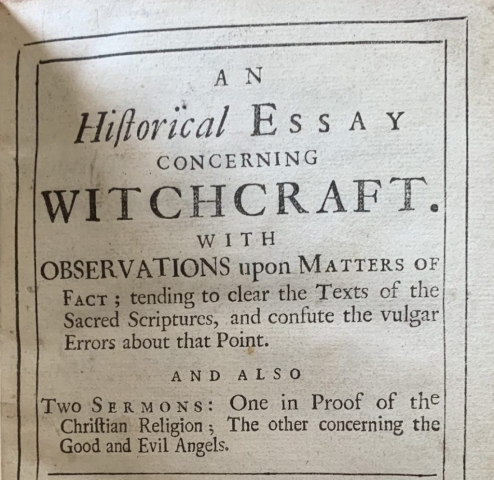 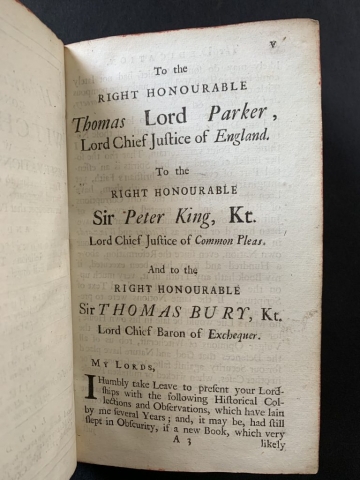 HUTCHINSON, Francis. An historical essay concerning witchcraft. With observations upon matters of fact; tending to clear the texts of the Sacred Scriptures, and confute the vulgar errors about that point. And also two sermons: one in proof of the Christian religion; the other concerning good and evil angels. by Francis Hutchinson, D. D. Chaplain in Ordinary to His Majesty, and Minister of St. James’s parish in St. Edmund’s-Bury.

London: printed for R. Knaplock, at the Bishop’s Head, and D. Midwinter, at the Three Crowns, in St. Paul’s Church-Yard, MDCCXVIII

FIRST EDITION. 8° (19.5 x 12 cm); [ii], pp. v-xv, [ii], pp. 270, [i, adv.].  Rare. Title page; dedicatory letter by the author to RH Thomas Lord Parker, Lord Chief Justice of England,  RH Sir Peter King, Lord Chief Justice of Common Pleas and RH Sir Thomas Bury, Lord Chief Baron of the Exchequer; table of contents; one page of advertisement of books published by the author and books printed by the printers at the end of the book. Latin script, in English. Floriated initial and two ornamental decorations. Damp-stain on lower margin of pp. 237-257 and on last flyleaf and back pastedown; small tear on upper margin of first contents page. Apart from some minimal staining, the pages are fresh for their age and the text reads well. Bound in contemporary blind-stamped dark tan calf with tulip-like flowers on front and back; rounded corners with some minor damage; a.e r. Spine in six compartments with blind-stamped decoration. Ex-libris of David Laing Philips on front pastedown; handwritten inscription of earlier owner’s name on first flyleaf, otherwise internally unmarked. A fine copy.

The writing of An Historical Essay Concerning Witchcraft stemmed from contemporary events that occurred during the author’s life, such as the infamous witch-trials that occurred in Bury St Edmunds between 1599 and 1694 and the 1712 trial of Jane Wenham. A draft of this book had been circulating since 1706, but Hutchinson was discouraged from publishing it. Hutchinson finally decided to publish the book in 1718.

In An Historical Essay Concerning Witchcraft Hutchinson rationally approached witchcraft and deconstructed and dissected the witchcraft persecutions that had taken place in East-Anglia  and New-England in the years prior. Hutchinson met, not only with Jane Wenham, but also with other survivors of the witch-hunts and regarded their persecution as the result of superstition. Historian Wallace Notestein has described Hutchinson’s work as ‘epoch-making’ and noted that it ‘levelled a final and deadly blow at the dying superstition’.