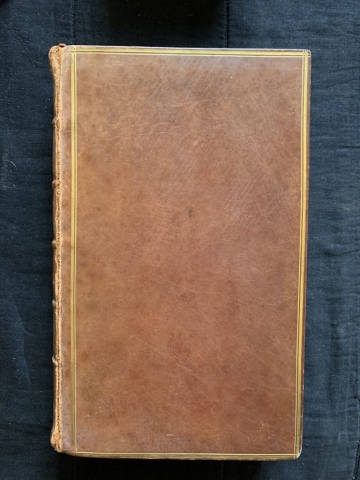 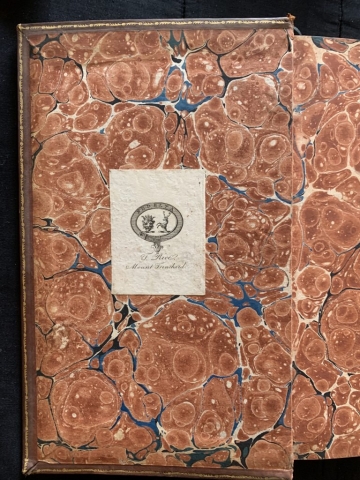 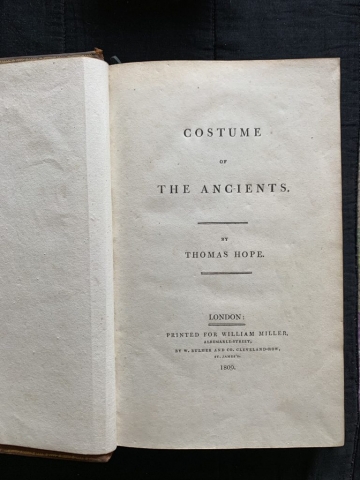 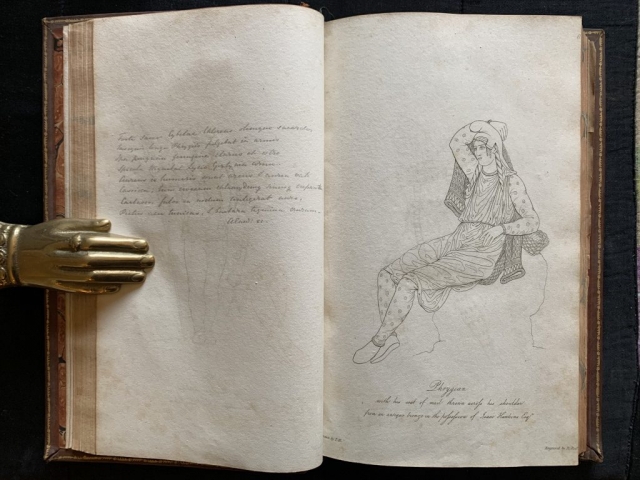 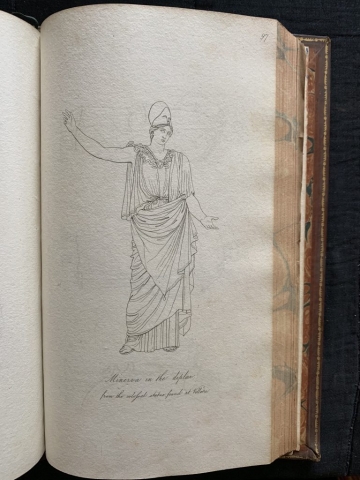 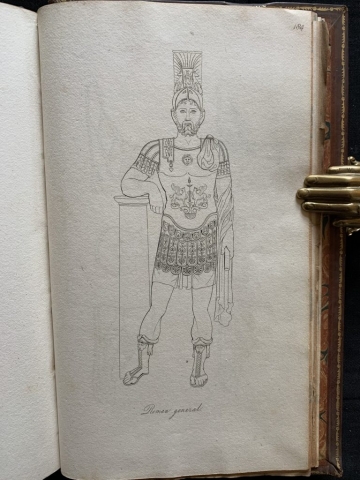 HOPE, Thomas. Costumes of the Ancients.

The T. Rice of the ex-libris might be identified as Thomas Spring Rice, 1st Baron Monteagle of Brandon, PC, FRS, FGS (8 February 1790 – 7 February 1866), a British Whig politician, who also served as Chancellor of the Exchequer from 1835 to 1839. The ex-libris also mentions Mount Trenchard, is an Irish stately home located near Foynes, Co. Limerick, which was the ancestral seat of the Rice (subsequently Spring-Rice) family. The same crowned leopard of the ex-libris also appears on the Baron’s crest.