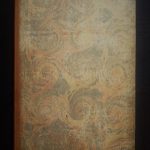 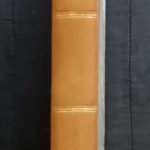 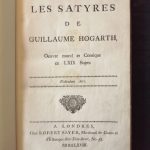 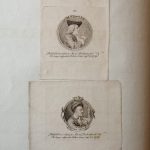 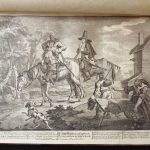 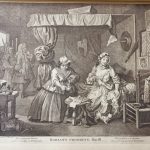 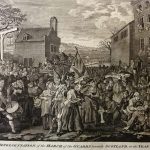 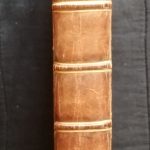 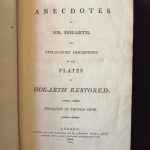 [with] COOK, Thomas (engr.), Anecdotes of Mr. Hogarth, and Explanatory Descriptions of the Plates of Hogarth Restored.

FIRST EDITION. 2° (456 x 286mm). pp. (1), 83, (1). French title, index to the plates in English, 81 engraved plates after Hogarth, comprising 79 plates called for (including ‘Before’ and ‘After’) and the additional ‘March of the Medical Militants’ and a reduced plate of ‘The Roast Beef’ printed above the verse. Some light yellowing and offsetting throughout. Small neat tear in title repaired. Contemporary marbled-paper boards, rebacked in calf.

This is one of the first authorised editions of Hogarth’s works after his death in 1764. For the first time, this edition brought together the complete satyrical works by the great painter and engraver in a wide format including the series ‘Marriage à la Mode’ (1745), ‘A Harlot’s Progress’ (1731), ‘Gin Lane’ and ‘Beer Lane’ (1751), and the licentious ‘Before and After’ that was omitted in many copies and following editions. 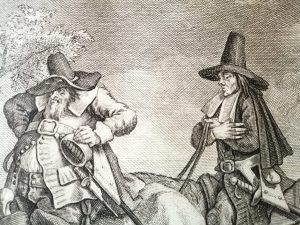 After Hogarth’s death, his widow Jane Thornhill had to request a special Act of Parliament in order to have her rights recognised against counterfeiters and unauthorised copyists of his late husband’s works. Her case brought the Parliament to approve the first modern legislation about copyright. As she received the exclusivity on Hogarth’s works, she entrusted publisher Robert Sayer to curate this edition of his famous moralising series from his husband’s original metal plates. 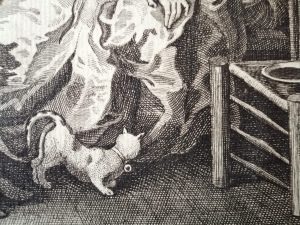 The same plates were subsequently used for a number of later publications, therefore resulting in a progressive loss of definition and quality of the impressions. Being so close to the artist’s death, the engravings of this edition display an exceptional level of detail and accuracy to the originals. At the beginning of the nineteenth century, the almost completely faded plates were restored by engraver Thomas Cook (1744 – 1818) and republished as high-quality prints. The editorial venture was completed by a volume of anecdotes about William Hogarth and a full description of each plate. We offer Cook’s volume together with this marvellous collection of prints by Hogarth, as a complement to the comprehension of this veritable master-piece of social art.

[ANON.] Procession of the Holy Sacrament