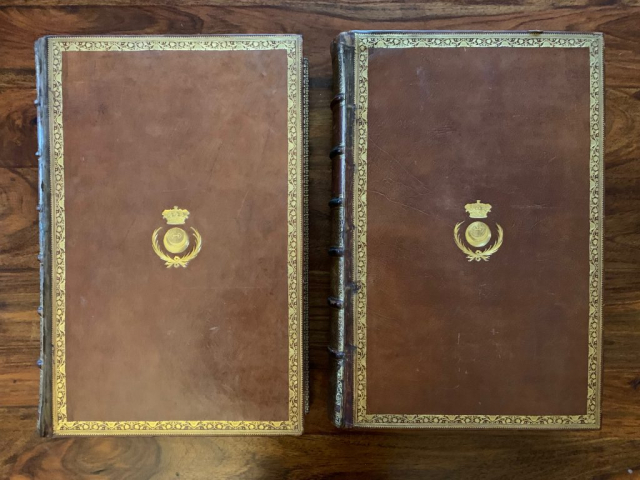 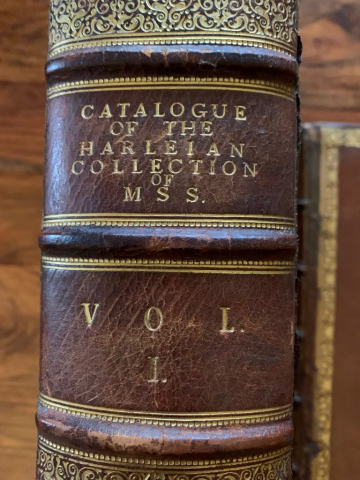 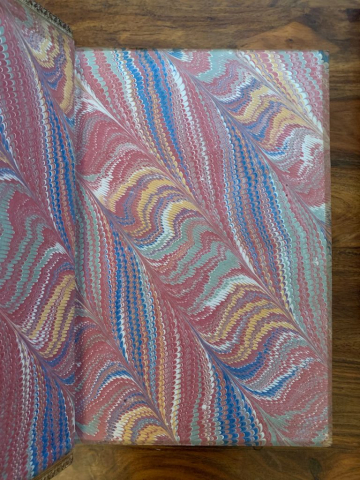 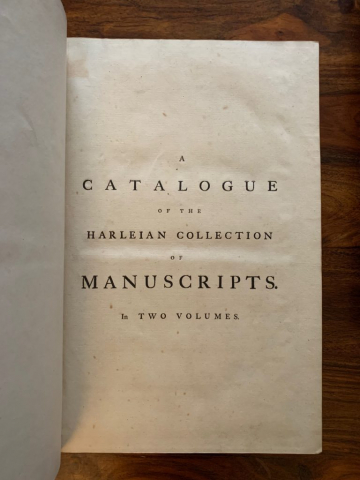 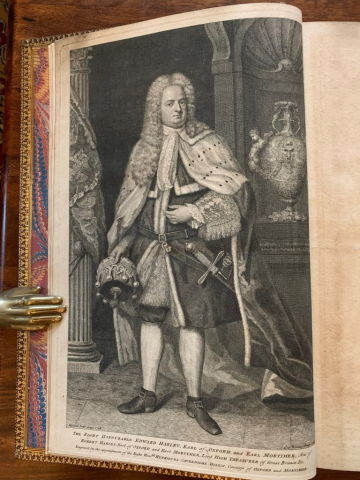 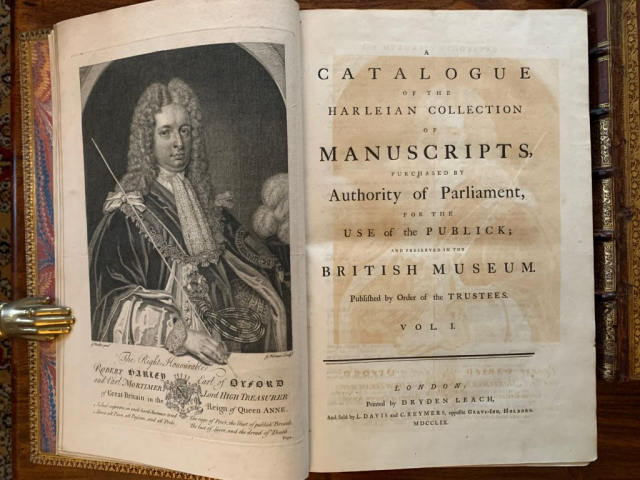 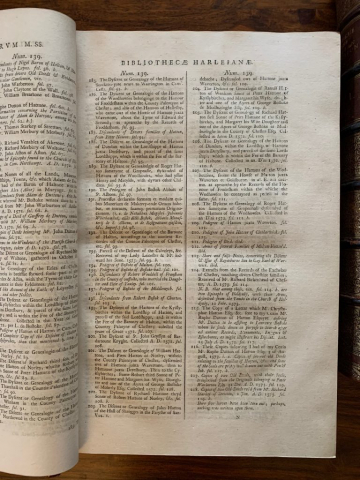 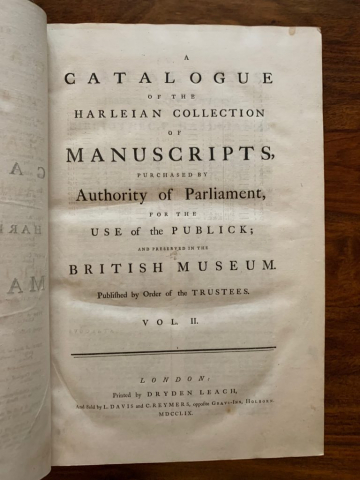 A Catalogue of the Harleian Collection of Manuscripts, Purchased by Authority of Parliament, for the use of the Public; and Preserved in the British Museum…

The Harleian library was founded in October 1704, when Robert Harley (1661–1724) purchased more than 600 manuscripts from the collection of the antiquary Sir Simonds d’Ewes (1602–1650). Harley was one of the greatest collectors of his day. He began collecting in about 1705 and by the time of his death in 1724 he had built up a magnificent library containing over 40,000 books and 6,000 manuscripts. In this he was greatly assisted by his librarian, Humphrey Wanley, whose diary for the years 1715-26 contains much interesting detail about the growth of the library. After his death, Harley’s collection passed on to his son Edward Harley, 2nd Earl of Oxford, who continued to expand it. During his lifetime, the library grew to include over 50,000 books, 41,000 prints, 350,000 pamphlets, and 7,639 manuscript volumes. The manuscripts were sold to the nation in 1753 for £10,000, and now form the Harleian Collection in the British Library. This catalogue was begun in 1708, by Humphrey Wanley, and on his death in 1726, after an interval of some years, it was resumed by Mr. Casley, continued by Mr. Hockley, and completed by the succeeding librarians of the British Museum.