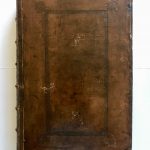 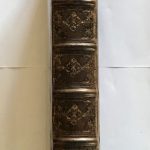 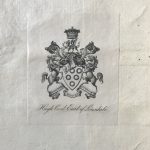 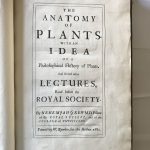 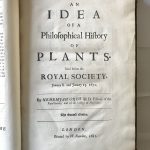 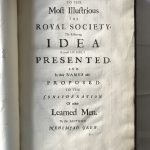 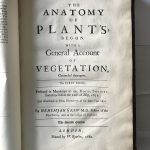 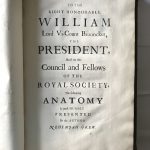 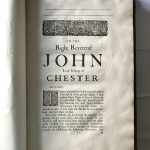 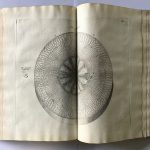 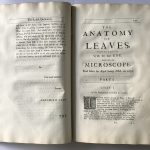 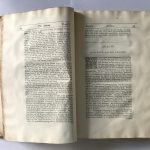 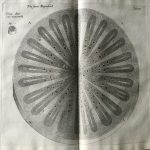 GREW, Nehemiah. The Anatomy of Plants with an Idea of Philosophical History of Plants. And Several Other Lectures, Read Before the Royal Society

Rare LARGE PAPER-ISSUE of the first complete edition of “Grew’s chief work, which gained him the reputation of being one of the most distinguished scientists of the 17th century” (Hunt). Along with Marcello Malpighi, Grew is considered the founder of plant anatomy.

“This key work collected together all the botanical research that Grew had presented to the Royal Society during the previous decade. Grew was a conscious pioneer in a hitherto neglected area […] His work was primarily marked by his brilliant observation and description of plants and their component parts. Having begun by making observations using only the naked eye, Grew supplemented these with the use of a microscope under the tutelage of his colleague Hooke. His presentations to the society began in 1672-4 with the roots, branches, and trunks of plants, proceeding thereafter to their leaves, flowers, fruit, and seeds. In each area he was innovative, studying for the first time many features of plants that have since been taken for granted, such as their cell-like structure and the growth rings in wood, and deploying techniques which have since become commonplace, such as the use of transverse, radial, and tangential longitudinal sections to analyse the structure of stems and roots. He was also an innovator in the terminology he used to describe plants, first using such terms as ‘radicle’ or ‘parenchyma’, a word adapted from its use in animal anatomy by Francis Glisson” (DNB, Dictionary of National Biography).