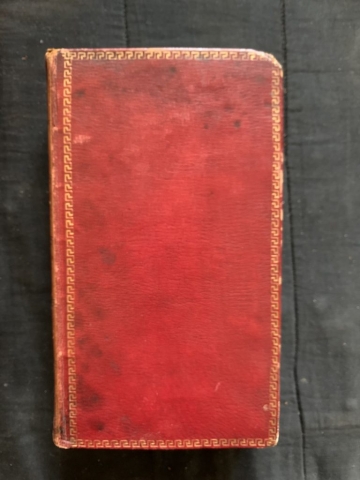 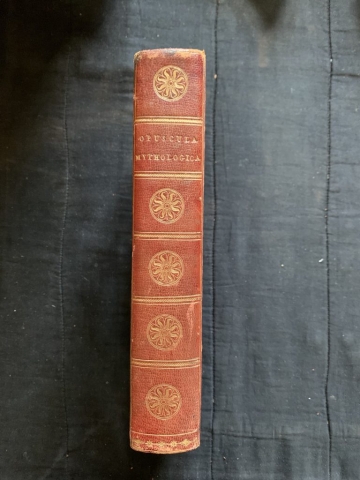 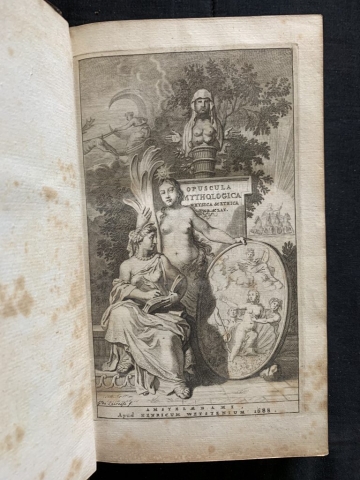 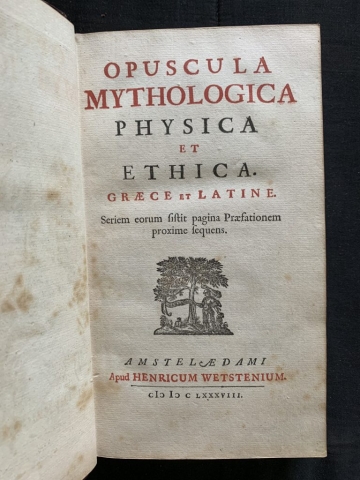 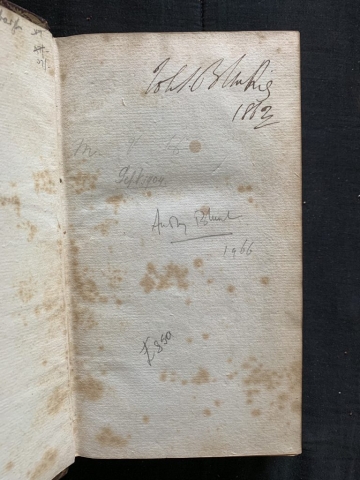 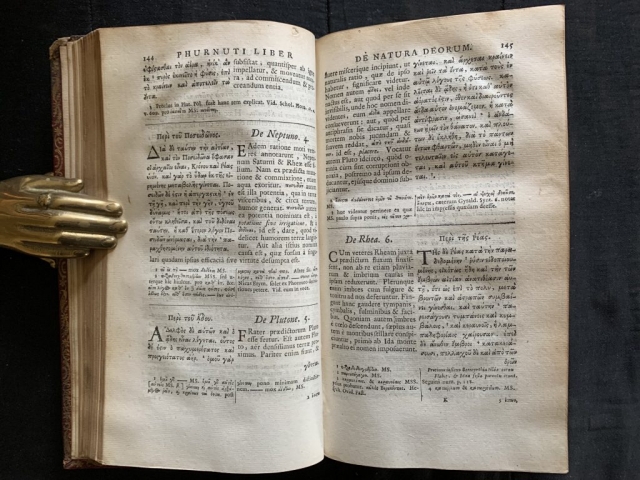 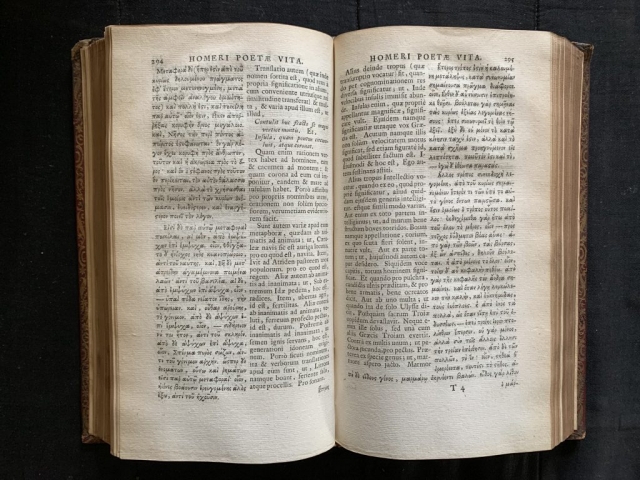 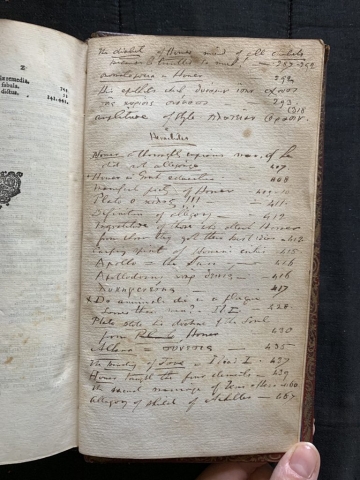 This book is a mythographical collection that was edited by Thomas Gale (1635/1636? – 1702), an English classical scholar, antiquarian and cleric. Gale is mostly known for his collection of old works on early English history, the Historiae Anglicanae scriptores and Historiae Britannicae, Saxonicae, Anglo-Danicae scriptores XV.

The engraved frontispiece that adorns this edition is by Gérard de Lairesse (1641 – 1711). It depicts a seated woman writing a book who could be identified as one of the Muses (maybe Erato or Calliope?) and a standing woman, half-nude, holding a palm wreath and with a sun depicted above her head that might be identified as Truth. Truth is holding an oval shield depicting a scene reminiscent of the Birth of Venus as painted by Botticelli – with the addition of Jupiter in the heavens. Behind the women is depicted a bust of the Ephesian Artemis. In the background on the top left-hand side is depicted the Moon on her chariot pulled by stags, and on the bottom right hand side we see Helios, or the Sun, also on his chariot, in this case pulled by horses. The signature of the artist can be seen on the bottom left corner (G. de Lairesse f[ecit]).

On the title page we find a printer’s device that was originally that of the Elezevier publishing house. The device depicts Minerva and the motto ‘Ne extra oleas’. The publisher, Henrik Wetstein, acquired it after the death of Daniel Elzevier in 1680.