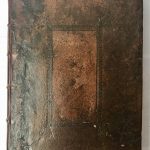 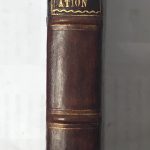 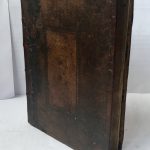 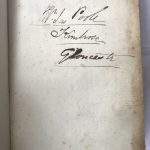 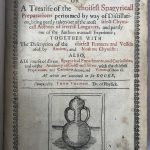 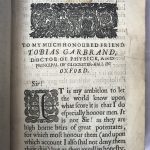 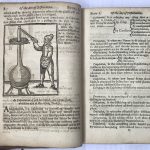 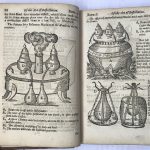 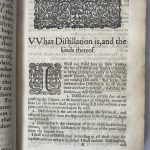 FRENCH, John. The Art of Distillation, or A Treatise of the choisest Spagyricall Preparations performed by way of Distillation…Together with The Description of the chiefest Furnaces and Vessels used by Ancient and Modern Chymists: Also A Discourse of divers Spagyrical Experiments, and Curiositis, and of the Anatomy of Gold and Silver, with the chiefest Preparations, and Curiosities thereof, and Vertues of them all.

John French (1616-1657) holder of degrees from Oxford University (BA 1637, MA 1640), was a Paracelsian physician who practised his profession with the Parliamentary army during the Civil War. The Art of Distillation is a detailed handbook of knowledge and practice at the time, illustrated with numerous woodcuts showing the tools, the procedures and all the relevant passages which concern the spagryrical art, that is, a medical-alchemical practice based on the legacy of the great controversial Renaissance German physician Thoephrastus von Hohenheim, known as Paracelsus. French’s work appears to be, partially, a translation of an earlier (1500) text by Hyeronimus Brunschwig. Besides espousing Paracelsian iatrochemistry, French’s works often reveal a strong mystical and millenarian emphasis, along with a bias against the “tyranny” of Aristotle and Galen. French was also a notable translator of alchemical and medical works.