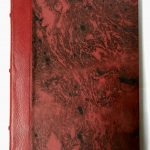 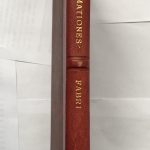 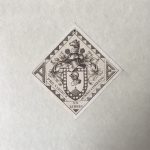 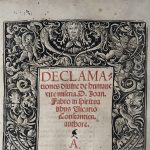 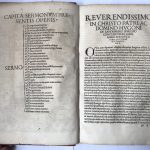 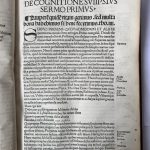 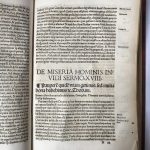 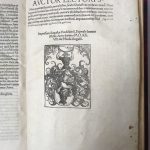 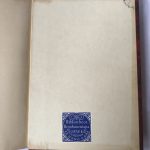 The son of a blacksmith, Johann Heigerlin (1478-1541) followed the humanistic custom of adopting the name of Faber or (filius) Fabri. He was an admirer of Erasmus and an advocate of church reform. In 1513 he became the highest episcopal official in Basel and in 1514 a priest in Lindau. From 1518 to 1523 he was vicar general of the bishopric of Constance. He eventually became Bishop of Vienna. Faber was at first friendly with the Reformers, sympathizing with their efforts at reforming and opposing certain abuses himself; but when he realised that neither dogma nor the Church itself was spared by the Reformers, he broke with them and became their most consistent opponent. He is sometimes called the “hammer of heretics”. He entered into public debate with Zwingli at Zurich – First Zurich Disputation, Jan. 1523 – and was a prominent figure in all the diets held to restore the Church; as well as being one of the committees appointed to draw up a refutation of the Augsburg Confession. The present work is a collection of speeches discussing the human condition, sinful and precarious, and the greatness and perfection of the merciful Christian God. Faber praises the use of both Christian and pagan authors from antiquity whilst defending the study of scholastic authors in matters of religion and philosophy.

[envira-gallery id="9197"] BLIGH, William. A voyage to the South sea, undertaken by command of His Majesty, for the purpose of…