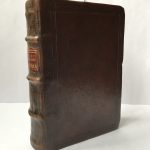 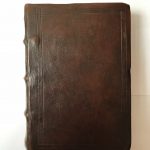 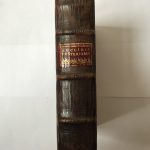 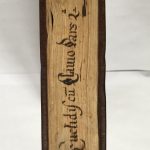 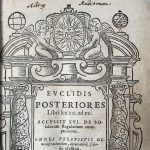 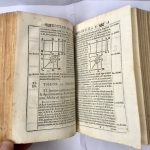 This is the second volume only of this 1574 edition of Euclid’s Elementa edited by Christoph Clavius (1537-1612), the Bamberg Jesuit and professor of mathematics at the Collegium Romanum, who supplemented it with his monumental commentary. This Roman publication represents one of the greatest achievements in the history of Renaissance mathematics. “His contemporaries called Clavius ‘the Euclid of the 16th century’. The ‘Elements’, which is not a translation, contains a vast quantity of notes collected from previous commentators and editors, as well as some good criticisms and elucidations of his own” (DSB iii, p. 311).