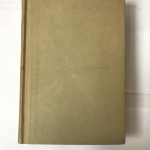 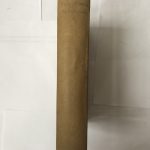 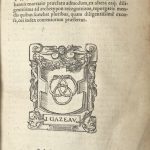 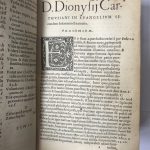 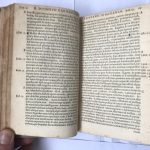 This commentary on the Gospel according to John was published several times between 1541 and 1542 by different Paris printers, such as Guillaume le Bret, Ambroise Girault, Jacques Kerver, Jean Ruelle, Jean de Roigny, and Charlotte Guillard.

Denis the Carthusian (1402-71) was one of the most famous German theologians and mystics of the fifteenth century. He was known for being extremely rigorous in his daily duties and for his huge contribution to Christian mystic thought. He wrote a large number of essays regarding theological as well as contemporary issues. As a theologian, Christian Platonism mainly informed his thought and he avoided to devote himself to a strict adherence to the Thomist or Aristotelean school. Because of his contributions to the theory of contemplation, he gained the nickname of “Doctor Ecstaticus”. Through a deep concentration, he could enter a state of ecstasy that could last up to several hours. His advice was sought after by some of the most powerful men of his times as it was believed that the monk’s ecstasies would give him the ability to foresee the future.