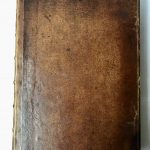 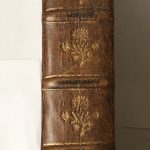 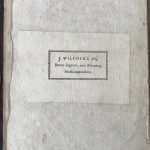 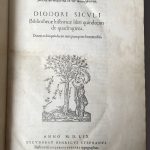 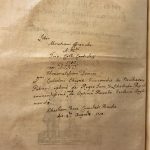 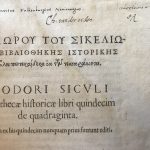 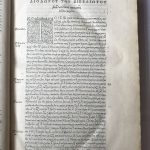 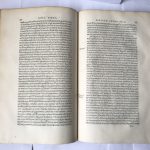 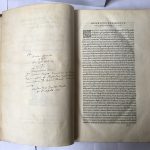 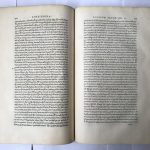 Editio Princeps of most of Diodorus’ texts: books 1-5 (represented as 1-6 in early eds., as 1 was divided into two parts) and 11-15 (books 16-20 only having been published by Oporinus in 1539). Contains many traditional travel books, including Ctesias’ and (in book 5) an account of the lost Historia Sacra of Euhemerus (c. 300 BC), with its “mythographic” and elaborately detailed descriptions of imaginary islands in the lower Red Sea. Latin preface devoted to the ‘typographus’ Ulrich III Fugger, who edited the text. Fugger was a patron for the printing of many Classical editions. Diodorus Siculus flourished during the 1st century BC in Agyrium, Sicily. He was a Greek historian. The present work includes parts of his universal history. Known in Latin as Bibliotheca Historica, it ranged from the age of mythology to 60 BC.

Adams D472; Schreiber, The Estiennes, 147 (“A beautifully printed and impressive volume, in the tradition of the magnificient Greek folios printed by Robert Estienne in Paris.”); Bibliotheca Fictiva no. 9 (copy described).