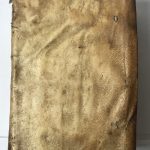 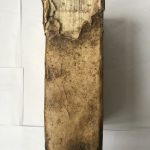 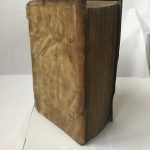 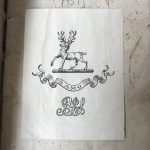 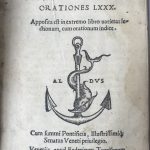 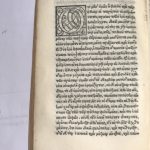 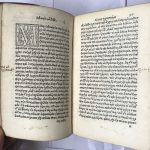 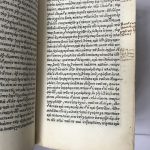 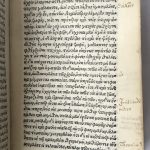 First edition of this important collection of orations. The ancestor of the Roman historian Cassius Dio (155-235 BC), Dio Chrysostomus was a Greek historian and man of letters born in Prusa (now Bursa), in 40 BCE from a powerful and rich family. His nickname was Chysostomus, literally “golden-mouthed”, by virtue of his eloquence. He became a Roman citizen earning the surname of Cocceianus after his connection with the Emperor Marcus Cocceius Nerva, whose family offered him patronage. The orator Philistratus (170-247 BC) is our main source on Dio’s life and career. In his ‘Lives of the Sophists’, he referred to Dio as a master of language and utterly skilled in the art of rhetoric and philosophy. His most renowned oration is ‘In Praise of Hair’.

The present work was edited by Federico Torresano, one of Andrea’s sons. Together with his brother Giovan Francesco, he took over the successful Manuzio-Torresano partnership in 1533 and continued the printing and editorial activity of classics. Holding up to the exclusively humanistic address of the firm, their books were published under the denomination of “haeredes Aldii Manutii Romani et Andrea Asulani soceri”. Federico dedicated this work to Cardinal Rodolfo Pio da Carpi, as the dedicatory letter at the beginning of this collection of speeches makes clear. Rodolfo was son to Alberto III Pio, Prince of Carpi, whose uncle was the great humanist Giovanni Pico della Mirandola. In the introductory letter, Federico points out the effort made by Alberto and Aldo Manuzio the Elder to foster the publication of the Greek classics. Aldo Manuzio was a mentor to Alberto, who helped him fund the most important and productive printing house of the Italian and European Renaissance, established in Venice in 1494.