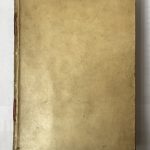 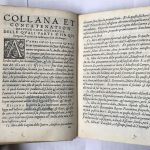 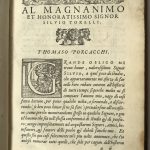 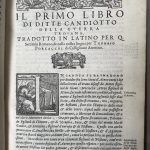 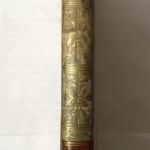 First and only edition of this work, which is part of an editorial enterprise called ‘Collana historica dei Greci’. This collection of Greek historians was the result of the collaboration between the printer Gabriele Giolito de’ Ferrari and the humanist Tommaso Porcacchi. They started their publications in 1563 and terminated their collaboration in 1574. This enterprise produced seven editions of works by Greek historians translated into vernacular and five contemporary essays about war.

Before starting off with the account of the war of Troy, the book gives an explanation of why these two historical accounts were put together. In fact, Dictys Cretensis’ account of the war of Troy is linked to Dares Phrygius’ ‘Ruin of Troy’ by means of a letter by Cornelius Nepos to Sallust about his translation of the work of Dares. Dares’ historical survey is followed then by some declamations by Libanius. Finally the book ends with the biographies of these historians.