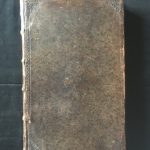 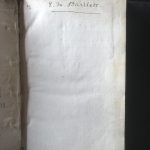 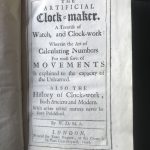 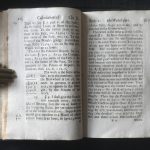 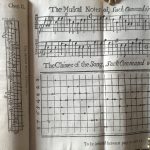 DERHAM, William. The Artificial Clockmaker…  A Treatise of Watch, and Clock-work: Wherein the Art of Calculating Numbers for most sorts of Movements is explained to the capacity of the Unlearned. Also the History of Clock-work, both Ancient and Modern. With other Useful Matters never before Published.

William Derham (1657 – 1735) is known to horologists mainly for this little treatise on clocks and watches. From the Restoration onwards, the art of the clock-maker became a matter of scientific interest. Through the innovations brought by Robert Hooke and Thomas Tompion, clock-making moved from specialised artisanship to scientific investigation. Derham’s work is a summary of horological discoveries to date. In his preface of ‘The Artificial Clock-Maker’, the author acknowledged the help he had received from Hooke and Tompion:

“In the History of the Modern Inventions, I have had (among some others), the assistance chiefly of the ingenious Dr H… and Dr T…: The former being the Author of some, and well acquainted with others, of the Mechanical Inventions of that fertile Reign of King Charles II and the latter actually concerned in all, or most of the late inventions in Clock-work, by means of his famed skill in that, and other Mechanick operations”.

Derham was also a naturalist, scientist, and theologian. He contributed to the Transactions of the Royal Society and was elected a fellow in 1702. On the accession of George I, Derham became chaplain to the Prince of Wales, the later George II. It was installed canon of Windsor in September 1716.