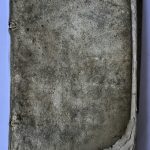 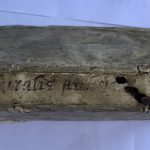 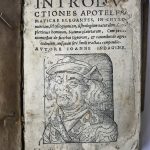 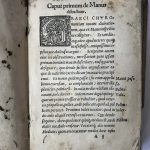 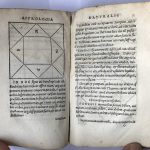 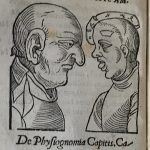 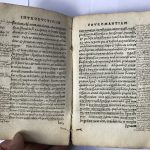 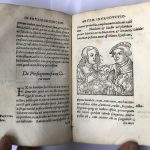 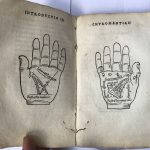 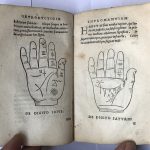 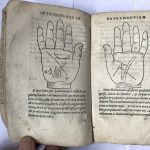 Rare illustrated Renaissance work on astrology, physiognomy and chiromancy. Chiromancy is the art of reading character and divining the future by interpretation of the lines and undulations on the palm of the hands. Mediaeval chiromancy was pressed into service by the witch-hunters. After a period of disrepute, it flourished again in the Renaissance. Johannes Indagine (ca. 1467 – 1537, also known as Johannes Rosenbach, or von Hagen), a Carthusian monk, was perhaps the most highly regarded German chiromancer of the sixteenth century and “an extremely learned man in many fields” (cf. Gettings, p. 177). This work was banned by the Inquisition, having been placed on the Index Librorum Prohibitorum under the decree of Pope Paul IV in 1559 (see, Thorndike 1923). “Possevin holds that this was on account of the author’s astrology, but the other astrologers are all in Class 2. Indagine was placed in Class 1 for his letter to O. Brunfels, published at the end of the volume, which had undoubtedly come to attention in Rome: for this, the author was considered a Lutheran” (cf. Reusch). Illustrated throughout with woodcuts by several artists, showing physiognomic heads and mythological designs representing the signs of the Zodiac, as well as chiromantic hands and numerous astrological diagrams. The work had a great effect on the study of chiromancy and is quoted down to our own day.