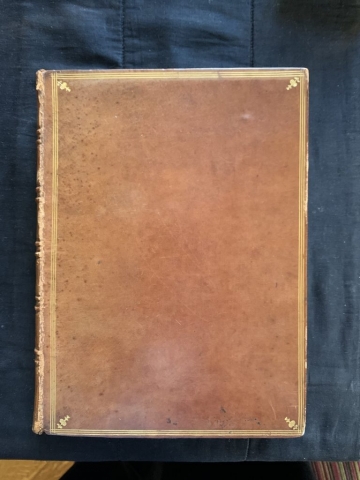 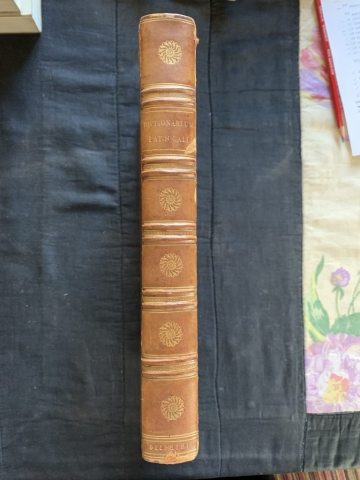 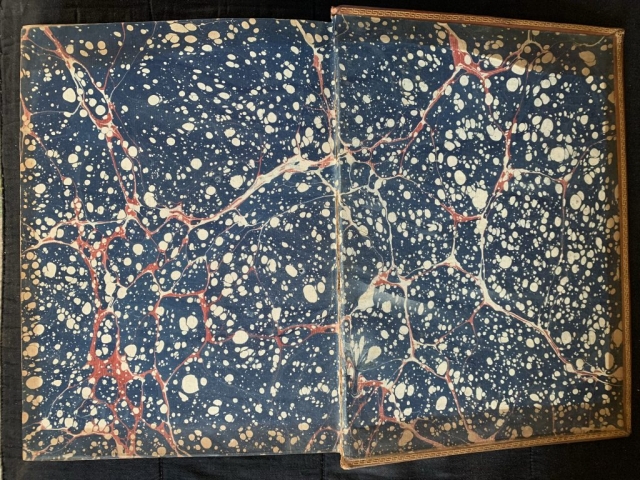 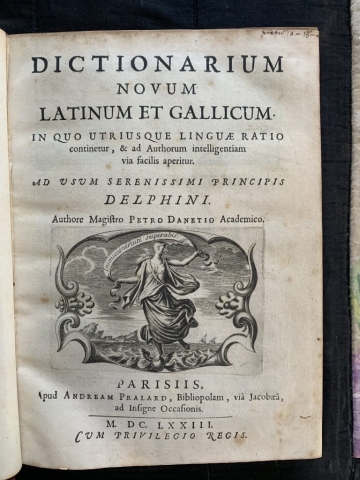 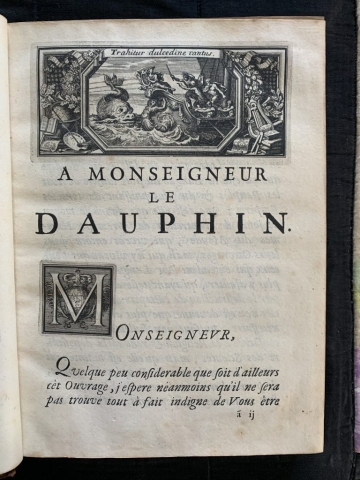 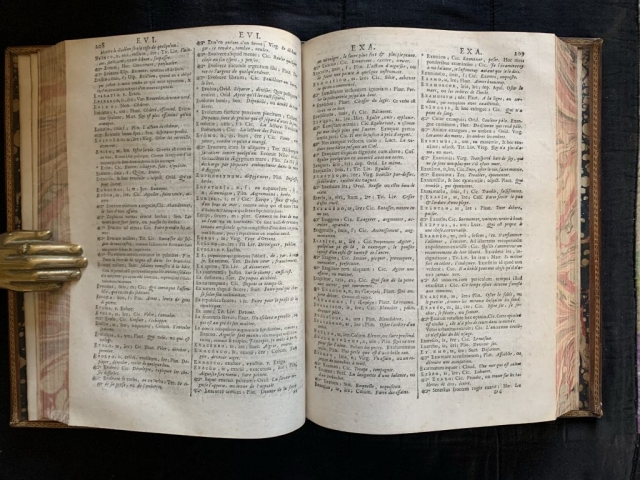 Pierre Danet (1650-1790) as a French cleric, Latinist, Hellenist, Romanist and lexicographer. In 1668, he was appointed by Charles de Sainte-Maure (1610-1690), the tutor of Louis, Grand Dauphin, in the editorial team of expenditure ad usum Delphini. Also known today as the Delphin Classics, these works were a series of annotated editions of the Latin classics. The first volumes, like this one, were created in the 1670s for Louis, le Grand Dauphin, heir of Louis XIV and were written entirely in Latin.

The engraved printer’s device is that of André Pralard (f. 1668-1718) and it depicts Occasio or Fortuna holding a sail and standing precariously on a winged globe with a seascape in the background. The Latin motto reads INIMICOS VIRTUTE SUPERABIS (you will conquer your enemies with strength).