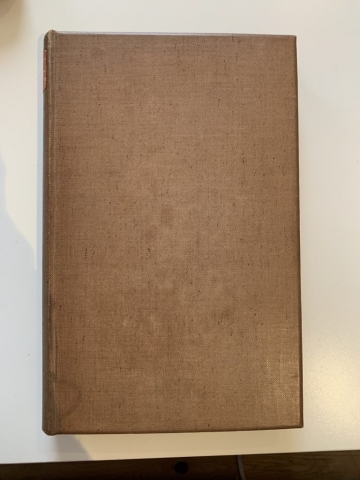 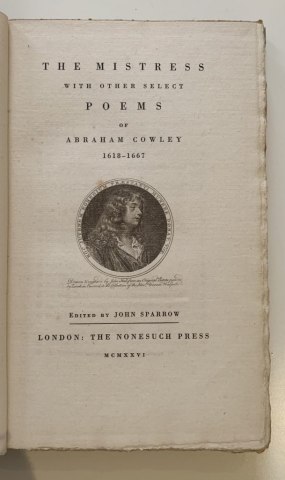 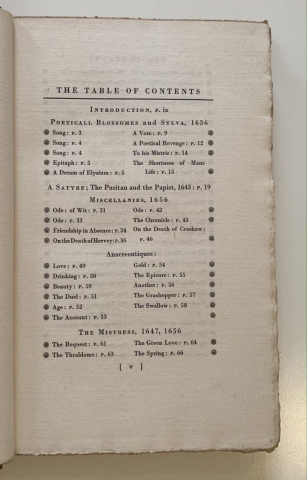 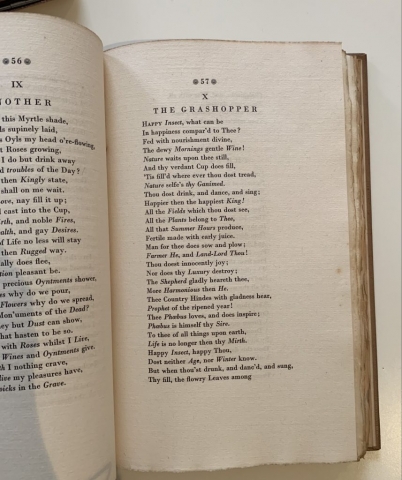 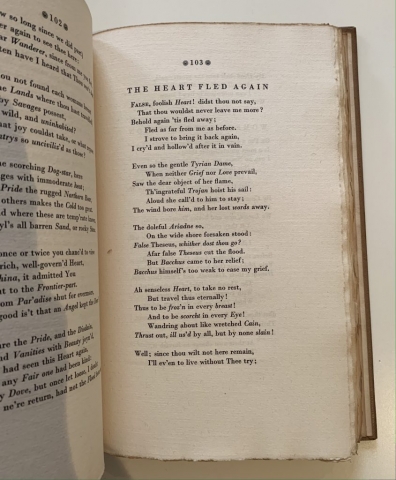 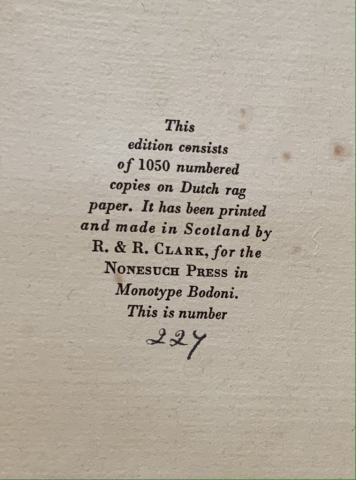 COWLEY, Abraham. The mistress, with other select poems

Abraham Cowley (1618 – 1667) was one of the leading English poets of the 17th century. The Mistress is a collection published in 1647 that quickly became extremely popular – it has been described as the “last and most violent expression of the amatory affectation of the 17th century”. The present book includes not only The Mistress but also other selected poems by Cowley. Other works by Cowley include the Pindarique Odes (also in this volume), Pyramus and Thisbe, Poetical Blossoms, Naufragium Ioculare , and his unfinished epic on King David, Davideis. He was among the first poets to use the Pindaric ode form in English poetry.

[envira-gallery id="12785"] DIBDIN, Thomas F. The Library Companion; Or, The Young Man's Guide, And The Old Man's Comfort, In The…