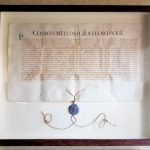 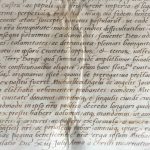 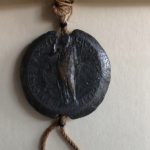 After his definitive victory against the Republic of Siena and its French allies in 1555, the Duke of Florence Cosimo I (1519 – 1574) was at the height of his territorial power and political authority. Therefore, he decided to take advantage of the period of peace and re-organise his State. In order to reward those who had been loyal to him during his military campaigns, Cosimo decided to extend the Florentine citizenship to eminent citizens of other Tuscan cities which had been of support to his troops. The council of each town was required to present a list of five eminent citizens, among which the Duke himself would elect one to the Senate of Florence.

Among the citizens of the important town of Barga, Cosimo chose to reward Michelangelo Angeli, a professor of Medicine at the University of Pisa from 1543. Angeli’s appointment as the first physician of Cosimo started before the war. He was in Barcellona on the occasion of Cosimo’s wedding with Eleonora of Toledo, whom he could not save from malaria in 1562. Besides his official role as the Duke’s physician, Angeli continued to teach at the University of Pisa until 1572. He was the brother of the humanist Piero Angeli da Barga, who was a lecturer in Pisa as well as living a very adventurous life.