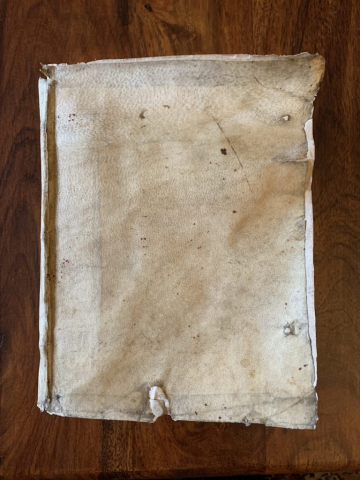 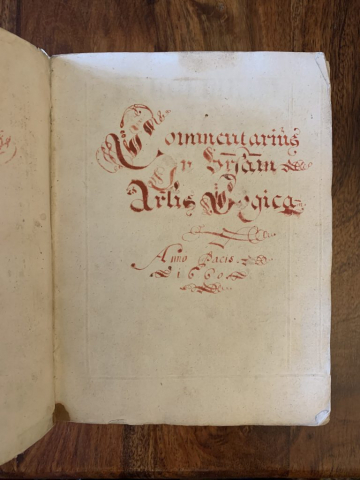 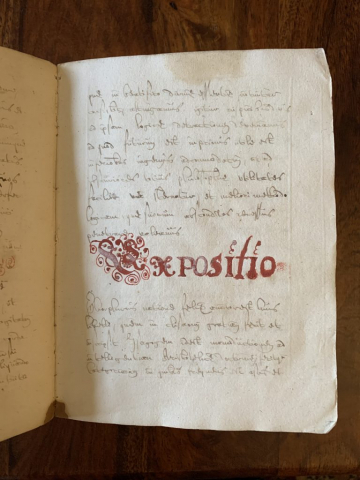 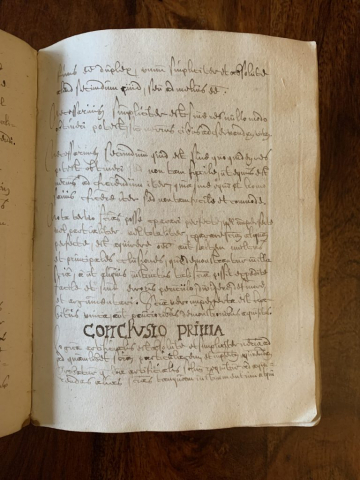 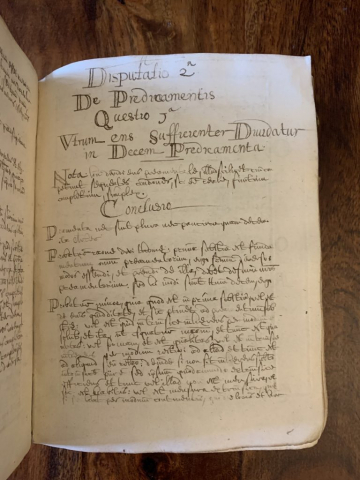 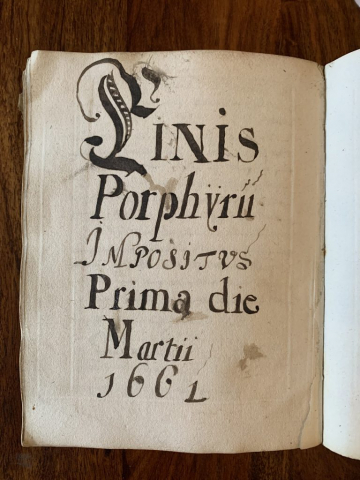 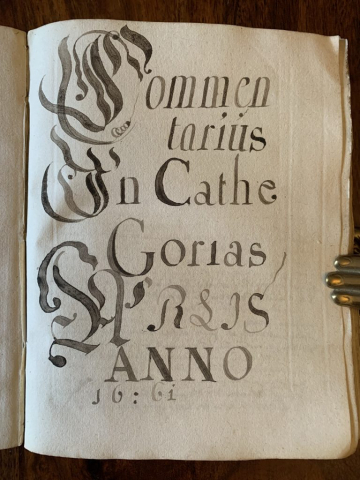 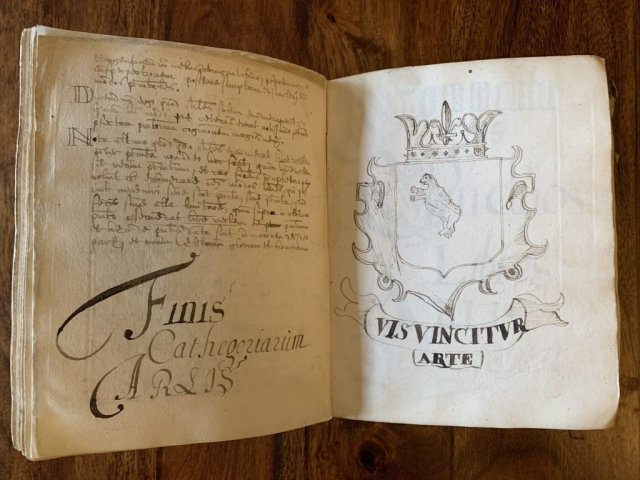 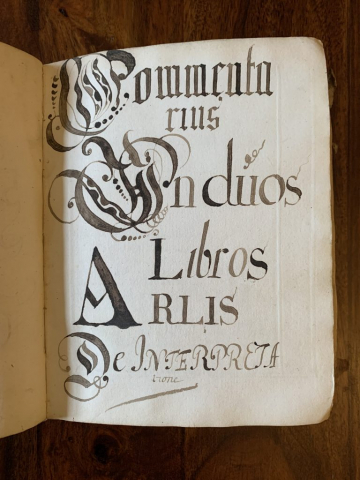 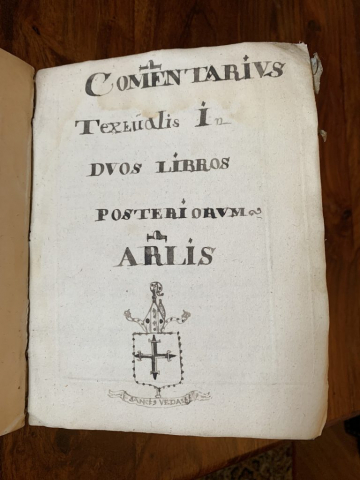 4to (19 x 14 cm). Manuscript on paper; 321 ff. [8 blank]; unpaginated; appears incomplete at end. In Latin; one hand throughout. Title page and some chapter heading in red ink; text in brown ink; cursive mixed hand reminiscent of the earlier bâtarde cursive. Some illustrations and diagrams. Thick paper. Minor foxing and water-staining throughout not affecting the readability of the text; corners slightly bumped and minor tears to some margins; ink slightly faded at times but still readable. Signature of previous owner on verso of last flyleaf. Last leaf restored. Contemporary vellum binding; minor soiling and damage to corners and head and foot of spine. Overall, a very good copy.

This manuscript contains the text of various commentaries on Aristotle’s logical writings. It opens with a commentary on Porphyry’s Isagog or Introduction to Aristotle’s Categories. This work was originally written, in Greek, by Porphyry in around 268-270 AD and was translated into Latin by Boethius. This work became the standard textbook on logic for at least 1,000 years after his death. The Latin translation became the standard medieval textbook in many European schools and Universities.

In this manuscript, the commentary on Porphyry is followed by a series of commentaries on works by Aristotle on logic that made up the Organon including the Categoriae, the De Interpretatione and the Analytica Posteriora.

The texts are divided into different quaestiones, containing other sub-divisions, with the terminology and the philosophical abbreviations used as well as the argumentative method employed in didactical settings such as in schools and universities.

It is possible to date this work to 1660-1661 since it is dated several times in the hand of the author.