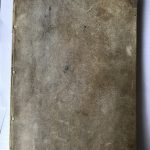 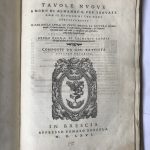 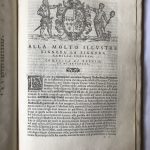 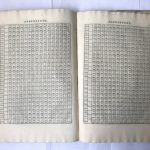 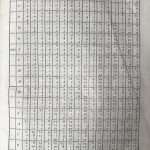 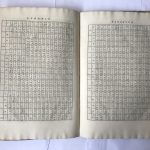 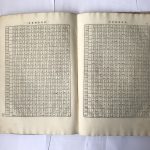 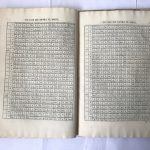 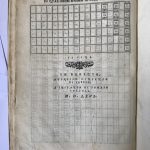 FIRST AND ONLY EDITION. Folio. *4 A-G6, ff. [iv] 42. Roman and Italic letter. T-p with nice woodcut vignette of a gryphon, holding a platen press and a winged sphere hanging from a chain, within an armorial shield decorated with masks at extremities and satires at sides, topped by two putti holding garlands which flank the composition; elaborated headpiece to preface, probably illustrating the imposing coat of arms of the Counts of Porcia e Brugnara between the figure of a knight, to the left, and a lady looking in a mirror, to the right (most likely representing Silvio and Camilla di Porcia e Brugnara, to whom this work is dedicated); small historiated initials, each numbered leaf with tables on both sides. Some light soiling, corners of two leaves skilfully repaired (no loss of text), bound in early vellum over boards with ink title and date to spine.

This is the first and only edition of this curious astrological work, which the author defines as a three-dice game. In this game, the throws of three dices combined to the tables included will provide the player with exact dates for the lunar cycles, holidays, the golden ratio, the solar cycle, and the epact in order to determine the exact recurrence of Easter for each year.

Giambattista Cattaneo was an astrologer from Novara (Piedmont, Italy). He was son to Girolamo, the famous Renaissance military architect and strategist for Emperor Charles V. After a turbulent youth that put him at odds with his father, Giambattista decided to dedicate his life to the cloister. He precociously died after a plague that hit the city of Genoa. His life was told in a biography by his close friend Matteo Bandello, who was also a monk in the same convent.