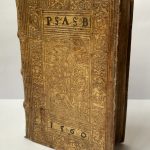 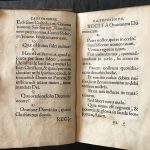 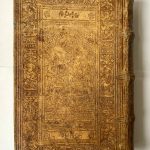 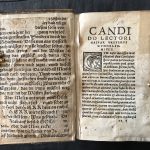 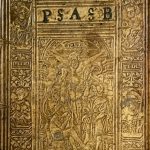 Johannes Brenz (1499-1570) was a “leading church administrator in the first generation of the Protestant Reformation who was responsible for the start of reform in numerous German lands. He became a leading defender of Lutheran Eucharistic doctrine against the Swiss, especially through 11 his articulation of the doctrine of the ubiquity of Christ, an advocate for religious toleration, and a supporter of secular authority over religious matters. His most lasting contribution was a church order that would influence church polity in Germany until the twentieth century […] he also wrote one of the first Lutheran catechisms, which he published in 1527 and saw reprinted in over 500 edition” (see https://reformation500.csl.edu/bio/johannes-brenz/).

[envira-gallery id="11335"] [CHURCH OF ENGLAND], The Book of Common-Prayer, and Administration of the Sacraments, and Other Rites and Ceremonies of…

[gallery ids="2079,1941,2078"] An exposition of the festivall Epistles and Gospels, vsed in our English Liturgie. Together with a reason why…