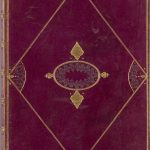 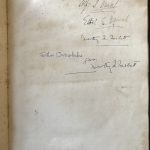 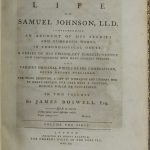 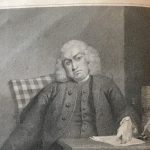 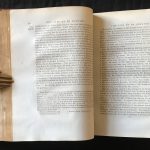 FIRST EDITION. Large 4to. 2 vols. pp. xii, (16), 516; 588, (2) Engraved frontispiece by J. Heath after Reynolds’ portrait of Johnson. A very fresh, clean and crisp copy with only some spotting and light browning to flyleaves and first and final leaves. Marginal damp staining mostly visible on the back of the frontispiece. Light ink offsetting from frontispiece to title. A long list of ms. owners from the French Huguenot family of the Duvals. A number of handwritten notes, giving the impression that the compiler was present at some of the moments described in the text. Modern red morocco gilt, spine faded, marbled pastedowns. A fine copy.

The recognised masterpiece of English biography, the Life of Samuel Johnson is a monument to both its protagonist and its author. Following the death of Johnson and in order to satisfy the enormous demand for Johnson’s anecdotes, this biography made extensive use of dialogues and it was noteworthy for the Boswell’s ability in describing the human characters surrounding Johnson and Johnson’s itself. Although many of the facts reported here are not accurate; and the continuity of its narrative is often interrupted, this book remains a precious source of information about the cultural world of the late eighteenth century.

This copy comes from the Duval family, a notable family of French expats who came to London after the persecution against the Protestants of the late seventeenth century. The handwritten notes that could be found in these two volumes would suggest that the compiler of these notes was actually present at some of the events described by Boswell in the text. The compiler also invites the reader to look for the facts in the Gentleman’s Magazine, the magazine with which Johnsons has collaborated for years and that routinely reported on the London cultural scene.