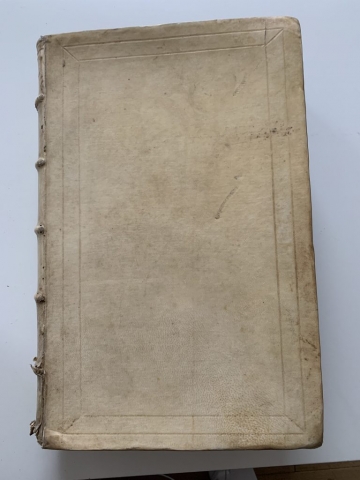 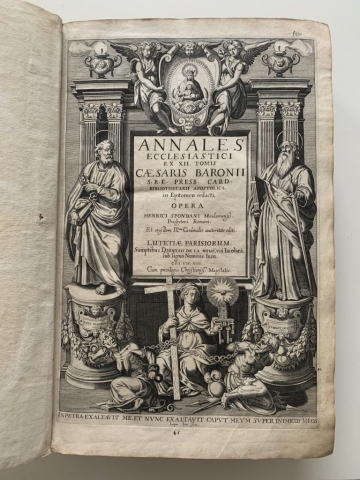 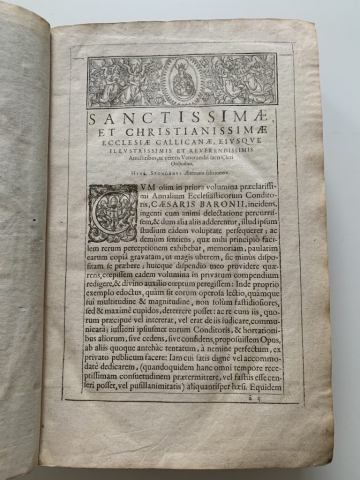 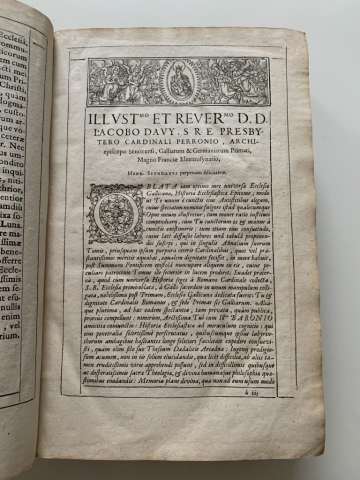 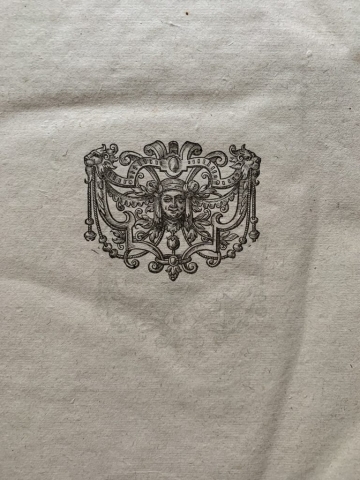 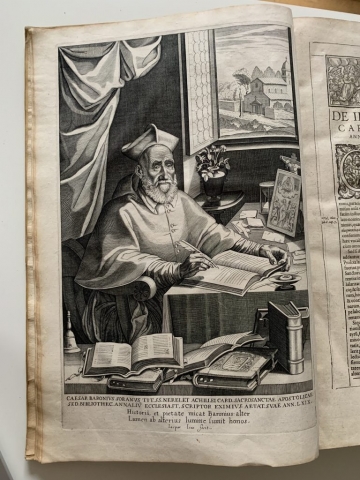 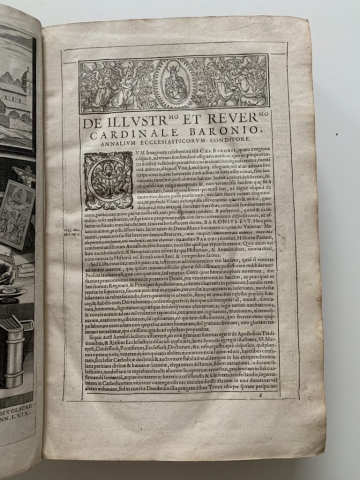 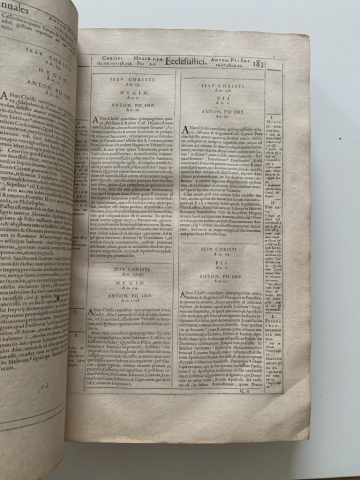 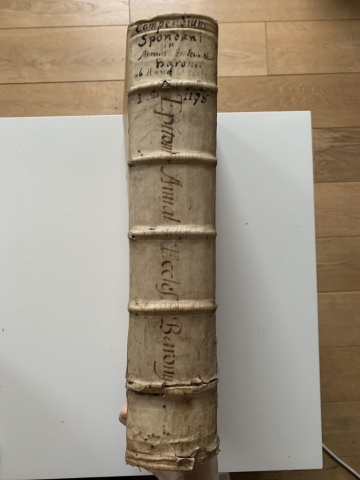 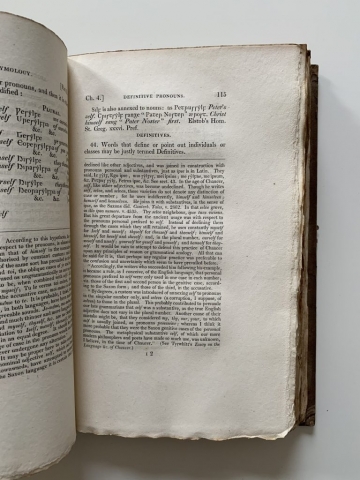 This book contains the Annales Ecclesiastici (full title Annales ecclesiastici a Christo nato ad annum 1198) which was first published between 1588 and 1607 and consisting of twelve folio volumes. It is a history of the first 12 centuries of the Christian Church and it was written by the Italian cardinal Caesar Baronius (1538 – 1607). Baronius is best known for this work, which was undertaken at the request of Philip Neri as an answer to the anti-Catholic history, the Magdeburg Centuries.

In the engraved title page are depicted, against a classical architectural background, St Peter and St Paul (characterised by their typical attributes: the keys and the book and the sword) standing on two columns decorated by cornucopias and small putti. The Virgin and Child are depicted above the Saints inside a stemma held by two winged angels. At the feet of the Saints is represented a personification of the Church, holding a cross and papal regalia, with the chained personifications of Heresy (on the left) as an old woman with sagging breasts holding two snakes, and Paganism (on the right), in the guise a man in roman military costume.

The author is depicted, in a separate full-page engraving, while at work in in his study, surrounded by books and with a window open on the Italian countryside and a church, possibly Santa Maria in Vallicella – where Baronius lectured for three decades and where he died and where he is now buried.