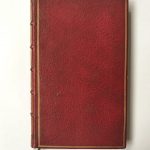 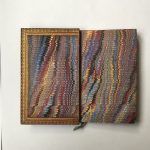 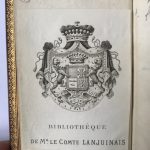 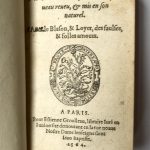 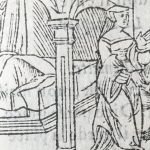 This lovely copy can be listed among the early editions of this fifteenth-century anonymous farce in French. However, the farce of Maistre Pierre Pathelin has been printed several times during the first half of the sixteenth century. It was extraordinarily popular in its day and held an influence on popular theatre for over a century. Its echoes can be seen in the works of Rabelais. A number of phrases from the play became proverbial in French, such as the phrase: ‘Let us return to our muttons’ (‘retournons à nos moutons’) even became a common English calque.