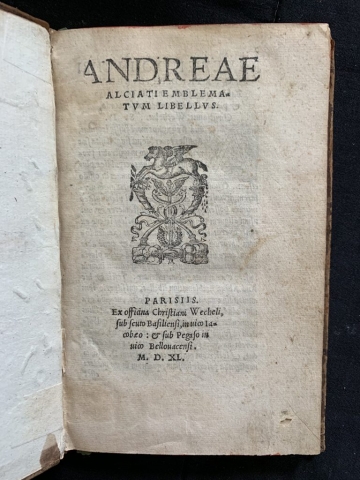 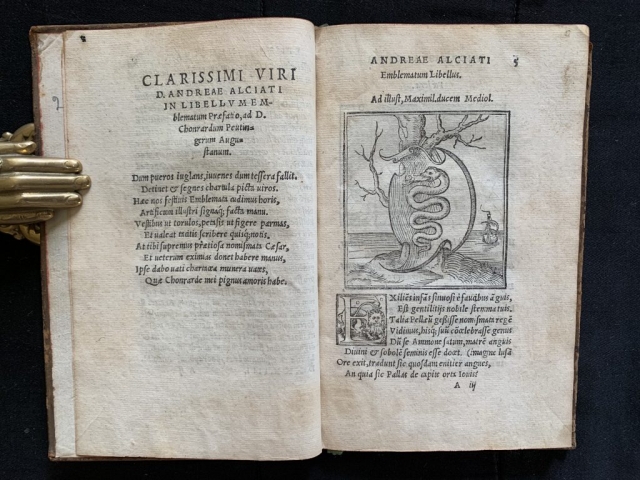 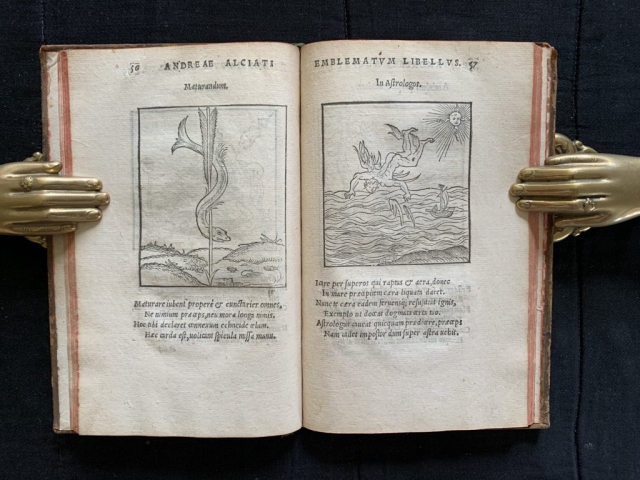 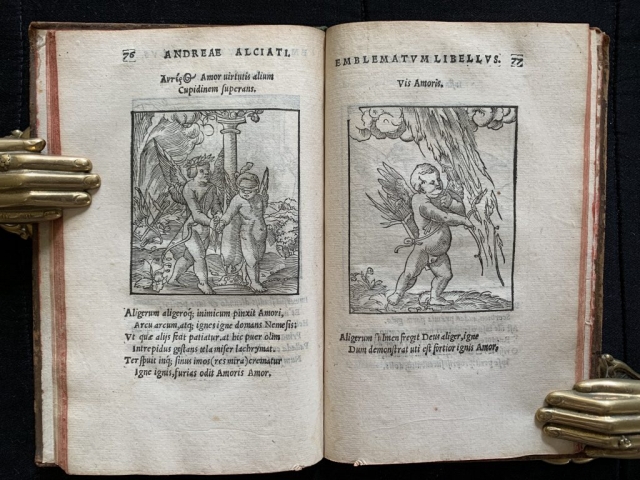 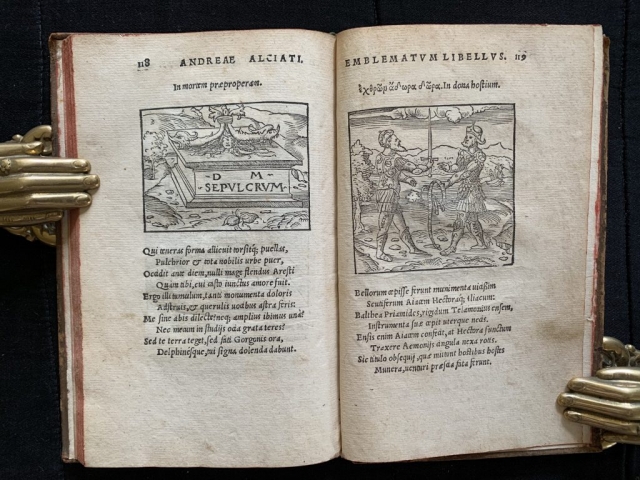 The Italian jurist Andrea Alciati (1492 –1550) is most famous for his Emblemata, which was published in many editions from 1531 (Augsburg) onward. The Emblemata is made up of a series of allegories and symbols represented in the woodcuts which are explained by short texts in Latin verse that introduce a moral teaching. Alciati did not create a new literary genre, that of emblem books, as it was already present in the Middle Ages, but he introduced the novelty of using subjects drawn from classical mythology. From 104 emblems, present in the first edition, the number increased to the 190 of the Venetian edition of 1546, up to 212 of the Paduan edition of 1621, with added verses by different authors, including Claude Mignault. The work was very popular both in continental Europe and in Great Britain and was translated into Italian, French, Spanish, German and English.

The 111 woodcuts in this 1540 edition are attributed to the engraver Jean Jollat and they were previously used in Wechel’s 1534 French language edition of Alciati’s emblem book.

The emblems address a variety of subjects, including the Virtues (Cardinal and Theological), the Vices (such as Lechery, Pride and Gluttony), Life, Death, Love, Honour, Nature, Peace and many more.

In the section dedicated to the virtue of Prudence, for example, we find Emblems dedicated to wine and its consumption. Emblem 23 states that ‘foresight is improved by wine’ (Vino prudentiam augeri), Emblem 24  that ‘Wise men abstain from wine’ (Prudentes vino abstinent), while Emblem 25 is a longer dialogue with a statue of Bacchus, also touching upon wine and drunkenness.