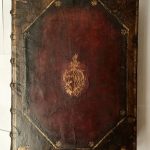 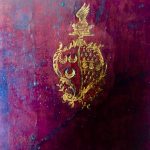 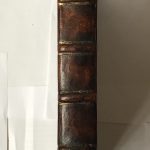 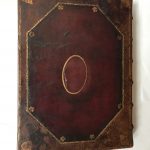 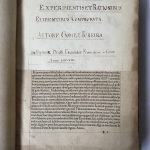 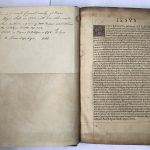 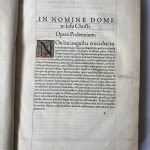 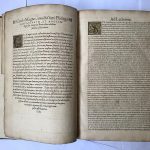 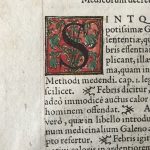 Gómez Pereira was born in 1500 in Medina del Campo. He studied Medicine at the prestigious University of Salamanca. He was deeply influenced by professor Juan Martínez Guijarro, who later became Cardinal Silíceo. Siliceo had been a disciple in Paris of the natural philosophers Juan de Celaya and Juan Dullaert who introduced him to the works of the Merton College’s physicians. Throughout the fourteenth century, they carried out important observations about the movement of bodies, their velocities and acceleration. The work of the Oxford physicists inspired the theoretical approach of Pereira when describing his model of animal behaviour. The physician lived and practiced medicine in Medina del Campo. His professional prestige caused him to be summoned to court to serve Charles of Austria, the controversial and ill-fated heir of Philip II. The philosophical treatise Antoniana Margarita (1554) was his masterpiece. In 1558, he published the present book, which is a very rare specifically medical work, which illustrates a new theory on the origin of fever. Pereira probably died after 1558.