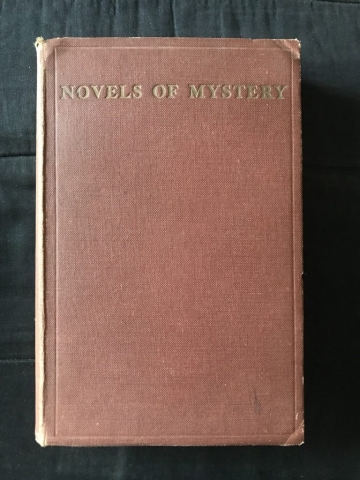 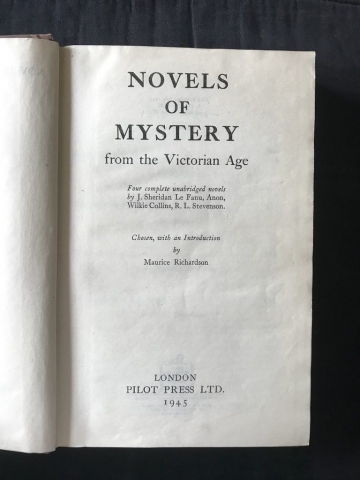 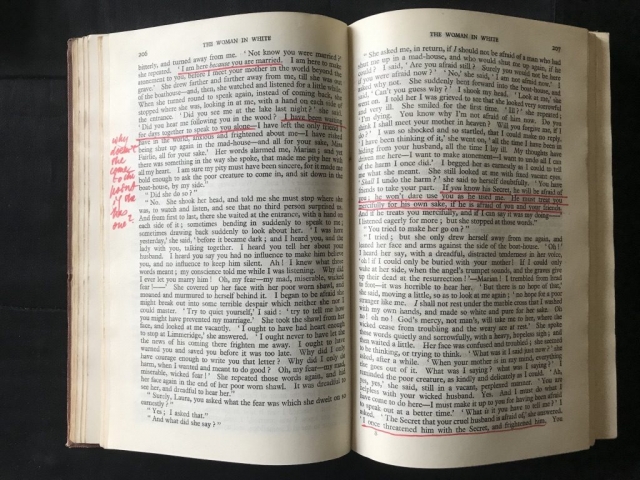 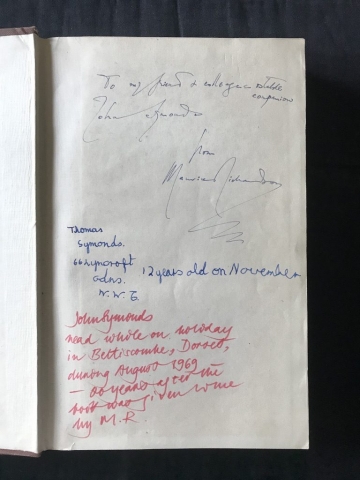 RICHARDSON, Maurice (Ed.). Novels of Mystery from the Victorian Age.

FIRST EDITION, second impression (1946). 8vo. xviii, 678 pp. Hardback with brown coated cloth cover slightly faded around edges. Title stamped in bronze on spine and front cover. With half-title and title page. The first free endpaper tells the fascinating story of this copy. The editor’s dedication to British writer John Symonds is followed by a note by Symonds himself: “John Symonds / read while on holiday / in Bettiscombes, Dorset, / during August 1969 / – 20 years after the / book was given to me / by M. R.”. Further, the book must have been passed onto Symonds’ son Thomas who noted his address and age at the time.

Maurice Richardson (1907–1978) was a journalist and a writer of short, surrealist stories that were widely praised for their absurd humour. Besides his exploits as a novelist, he also wrote for Lilliput and edited several ‘mystery’ books like the one presented here. One of the novels therein – ‘The Woman in White’ by W. Collins – has been extensively underlined with annotations by Symonds Sr., who added his personal remarks to the story line in red and blue. A vintage public transport ticket inserted as a bookmark. A very good, previously loved, association copy.

[envira-gallery id="8082"] WALKER, George (Ill.), HAILSTONE, Edward (Ed.). The Costume of Yorkshire illustrated by a Series of Forty Engravings being…