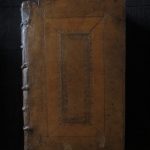 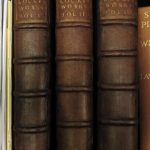 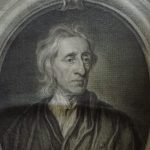 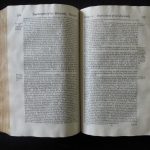 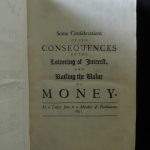 This work brings together the writings of one of the most important English philosophers of the late seventeenth century and the father of modern liberalism. This is the first edition of John Locke’s complete works, which was carried on by his executor Peter King and his publisher John Churchill ten years after the philosopher’s death. The first volume includes Locke’s seminal ‘Essay Concerning Human Understanding’ (1690), in which his criticism of human intellect led him to the refusal of any innate idea in favour of knowledge through experience only. The second volume collects Locke’s economic, political and social writings. In the Two Treatises of Government (1689), he gave his account of the nature of power and the rise of society through a social contract between the government and its subjects. Every man enjoys a natural right to life, liberty and property which have never to be violated by the government. He further expanded these ideas in his essays about the value of money and religious liberty – two crucial issues in his times. The third volume include a work about education of the youth, a commentary on St. Paul’s Epistles and the author’s private letters.