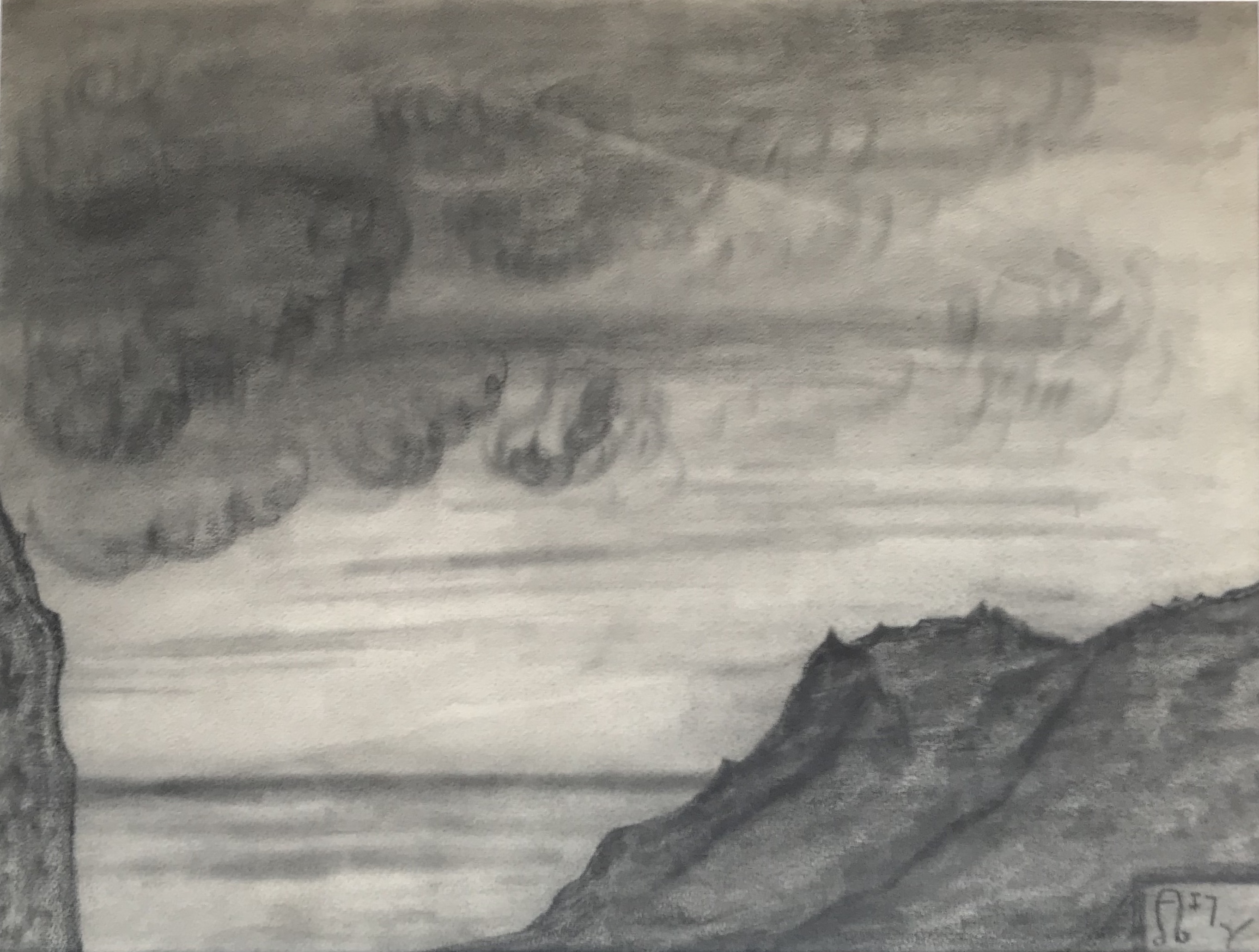 CROWLEY, Aleister. View of the Tyrrhenian Sea from Thelema Abbey.

Charcoal drawing, ca. 51 x 34 cm. View of the Tyrrhenian Sea, probably from the hill behind the abbey of Thelema, Cefalù, Sicily, 1921. Signed with Crowley’s phallic initial A, the number 17 and the astrological symbol of Aries. According to the Thelemic calendar, the year 1921 was the 17th year of the Aeon of Thelema. Therefore, these symbols allow dating this work between March 20th and April 21st.