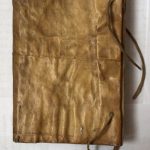 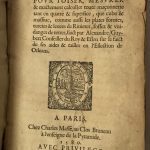 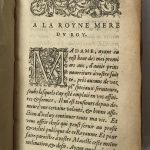 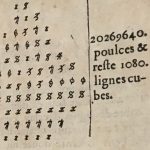 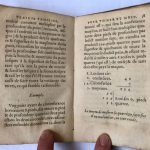 First edition of this handbook on the computation of proportions in masonry, geometry and architecture. These rules were applied to dams and weirs as well. The ‘Service des turcies et levées’ was a French organisation aiming to build, oversee and carry out maintenance on the numerous dams of the Loire and its canals. This helped to regulate the stream of the river during exceptional rains, prevent floods and make navigation possible across southern France. The sixteenth-century religious and civil wars disrupted the service putting the safety of the population in the Loire valley at stake.

In order to settle this issue, in 1573, King Charles IX introduced the election of a local commissioner. The majors of Orléans, Bois, Tours and Amboise had to name three suitable candidates for each city, so that the King could then choose one among the twelve selected competitors. His successor Henri III changed this system and appointed this task to the General of Finances, based in Orléans. However, the French Department of Finances soon absorbed the role of the General and usurped the power of the local commissioners elected by the citizens of Orléans.

The author of the present work defines himself as “Conseiller du roy” and “eleu” of Orléans, that is, the person elected in the provincial election to become a general Assessors of Subsidies, such as “aides and tailles”, meaning “state grants and land taxes”.

Extremely rare. We could only trace about ten copies: nine in Europe and just one in the US. No copy in the British Library.